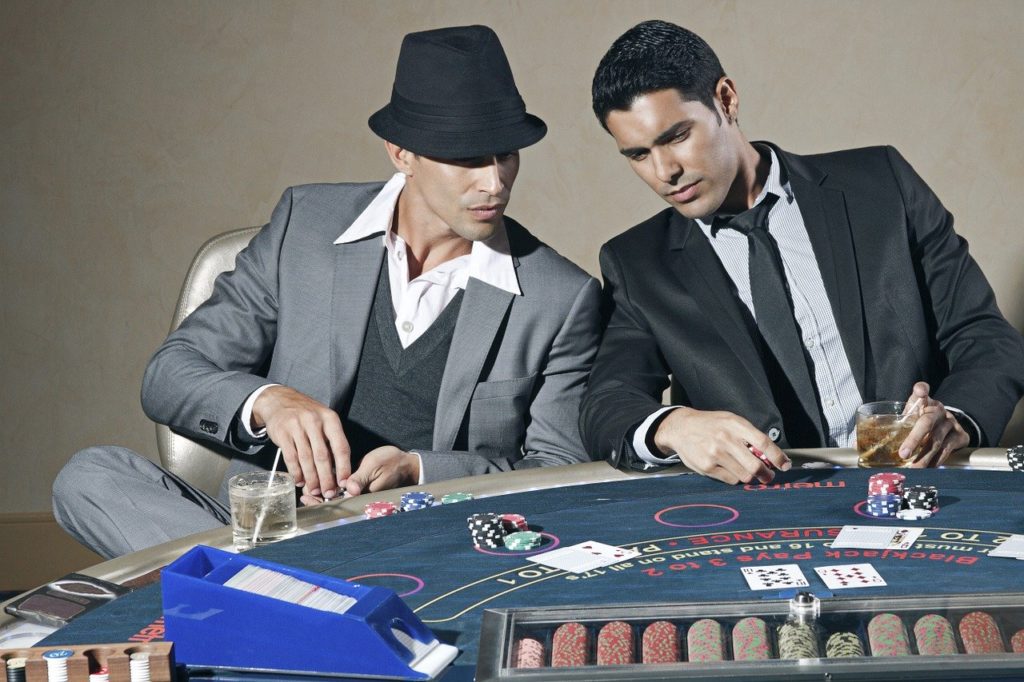 If you have ever seen an episode of High Stakes Poker or Poker After Dark, you have probably seen the likes of Phil Ivey staring at their opponents for minutes before deciding what to do with their hand.

Many times, it may seem like they are just posturing or trying to look intimidating, but the truth is that more often than not, they are just waiting for the other guy to make a mistake and give something away with their body language.

Poker tells have been a controversial topic for many years, as some players swear they are the most important thing in the game, while others barely think they matter at all. Of course, that is not very relevant if you play at online poker sites, but it can make or break you in live games.

Whether you are a hardcore believer in poker tells or not, these can come in handy, and I have seen instances when they clearly indicated the strength of the opponent’s hand at the tables more than once.

Today, we look at the five top poker tells that you should learn about and remember the next time you play live poker.

One of the simplest tells you can spot at the poker table is related to how players act before it is their turn pre-flop.

Inexperienced players will look at their cards before the action is on them, usually the moment they have been dealt. If they see something they like, they may proceed to protect the hand by placing chips or card protectors on top of them.

The more experienced players will either not look at their cards before action is on them or use the card protector every time.

However, if you spot a player only protecting their hand sometimes, it means that they intend to play the hand rather than folding it pre-flop.

This does not necessarily mean they have a monster, but it means they will almost always have playable cards, which means stealing from them will not be as easy.

What I mean by this is that when a player starts to sigh or say things that sound like they are sad about their hand and then proceeds to make a bet or a raise, more often than not, they will have an absolute monster.

After all, a player with nothing would not want to point this out to everyone at the table and point out the fact that he is bluffing. Instead, bad players will try to “convince” you that they have nothing by acting weak.

The same goes for players who act strong by taking a stoic demeanor throwing out a bet, and never saying a word. Most of the time, these players will be bluffing.

Like it or not, bluffing in poker can be very stressful. When you decide to go for a big bluff, a surge of adrenaline and other hormones in your body will cause some physical reactions.

Seasoned players who have fired thousands of bluffs at the live table may be somewhat immune to this, but most players are not, and they will exhibit physical tells when they are bluffing.

One of the most common tells of this sort is a racing heart, which you can spot if you look at the veins on their neck, where you may spot a visible pulse when a player is very excited.

Bluffing is just like playing your favorite online casinos, where you get excited when waiting for the outcome. Being excited can also make it more difficult for a person to swallow, so you may notice them take a big gulp after you make them wait for your decision for a minute or two. If they are not faking it, this usually means they are bluffing.

Professional poker players try to balance their bet sizes between bluffs and value bets because they don’t want their opponents to know which one they are doing.

Some players take this to an extreme and try to raise 10x before the flop with their monsters while only min raising with their weaker hands.

You should keep track of the players you are playing against and make sure to spot how they size their best in various scenarios, so you could use this against them later.

One of the most common involuntary movements that players make at the poker table is to glance at their chips before it is their turn to act when they know they have a strong hand.

The psychological reason for this is related to impatience. The player has looked down at his cards and knows he has a very strong hand. He wants to raise and can’t wait for the action to finally get to him.

Some players will also start counting out the poker chips before it is their time to act and prepare the exact raise size they intend to make. If you have a big hand yourself, you can use this by trapping them with a limp or a very small raise.

Players who have marginal hands will often prepare calling chips even if there are several players still left to act, so you may want to make a raise in such cases and try to get the player to fold out, although these types of opponents will often cold call a 3-bet just the same.