The History of Poker and Casino Chips 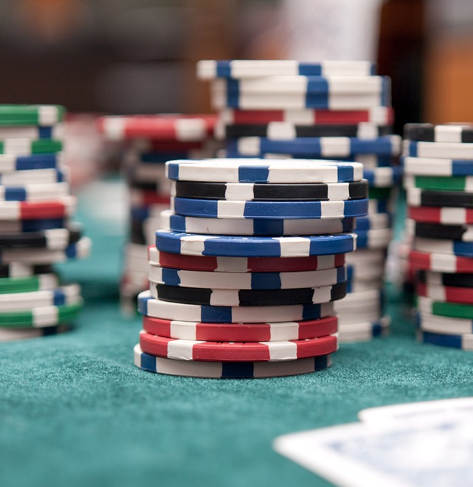 If you’ve ever played poker or any other casino game in a live setting, you’d probably agree that having a quality set of chips to play with is one of the best feelings in the game. Of course, chips are not needed when you are betting online on popular sites such as UFABET, but for brick-and-mortar casinos, that is one of the most important pieces of equipment.

Players who regularly handle poker chips, play with them, and even throw them around occasionally, so quality definitely adds to the experience. But, have you ever wondered why we’re even playing with chips, when, and where these items originate from? If yes, then we have some answers for you.

Modern poker as we know it today has been around since the early 19th century. But, the players that enjoyed this game during its early decades didn’t use poker chips when wagering. Back then, players would use anything tangible that had some value. Things like coins, jewelry, and even gold nuggets were commonly used in saloons across the US.

When the first casinos and poker rooms started popping up, gambling with these items wasn’t very practical, as it was difficult for the house to keep track of everything. So, they decided to introduce a standardized currency that’s easy to track and can easily be used as a universal playing currency for everyone that wants to participate.

This gave way to the first poker chips in card rooms all over the country. These chips were made of clay and were the standard in poker rooms in the US and all over the globe for almost a hundred years. Nowadays, clay chips are almost extinct, as most casinos and poker rooms use metal or ceramic chips.

As chips became the standard in most casinos, some players sought to exploit the system by counterfeiting the chips. To combat this, casinos and poker rooms had to develop more sophisticated methods of producing and marking the poker chips to make them much more challenging to counterfeit.

Over the years, chipmakers honed this art so much that they perfected the design to make each chip have the same texture, weight, and feel. Moreover, some casinos and poker rooms even started using microchips and serial numbers to minimize the possibility of anyone getting away with using counterfeit chips.

Moreover, today’s poker chips that you can find in professional poker rooms and casinos are harder to counterfeit than the US dollar. Casino operators know the potential financial damage accepting counterfeit chips can do. This is why they have many precise rules to discourage potential counterfeiting attempts.

As poker became a global game, it became a household pastime for many poker enthusiasts outside of casinos, where chips are used daily to make some great bluffs, hero calls, and laydowns. The world of poker chips is fascinating in so many aspects and has become its own culture within the gambling industry. Although poker chips usually have no value outside the casino, they surely make some of the most awesome souvenirs in the business.

Not only this, but poker chip collecting has become a hobby on its own. And quite an expensive one. During the late 20th and early 21st century, collecting chips gained great popularity among players.

What’s more, it has grown into an entire industry nowadays, as some poker players are prepared to pay tens of thousands of dollars, or even more, for a set of unique chips that carry added sentimental value. These prices usually go for antique chips that are hard to find or special chips from iconic old casinos that aren’t operating anymore.

The Future of Poker Chips

Lastly, there’s no way to discuss the history of chips without thinking about the potential future.

While many players are moving to online poker sites and casinos, brick-and-mortar places will not be extinct anytime soon. Will casinos introduce virtual technology or perhaps have players wager their chips through their mobile apps?

Most likely not, as this is impractical and directly affects the nature of the game itself. Poker is a casino classic, and poker chips are an inseparable part of the poker gameplay experience.

That said, it’s to be expected from casinos to further advance their chip-making techniques and implement even more advanced anti-fraud mechanisms. However, as regular players, we shouldn’t notice the difference, and the chips should retain the same look and feel.