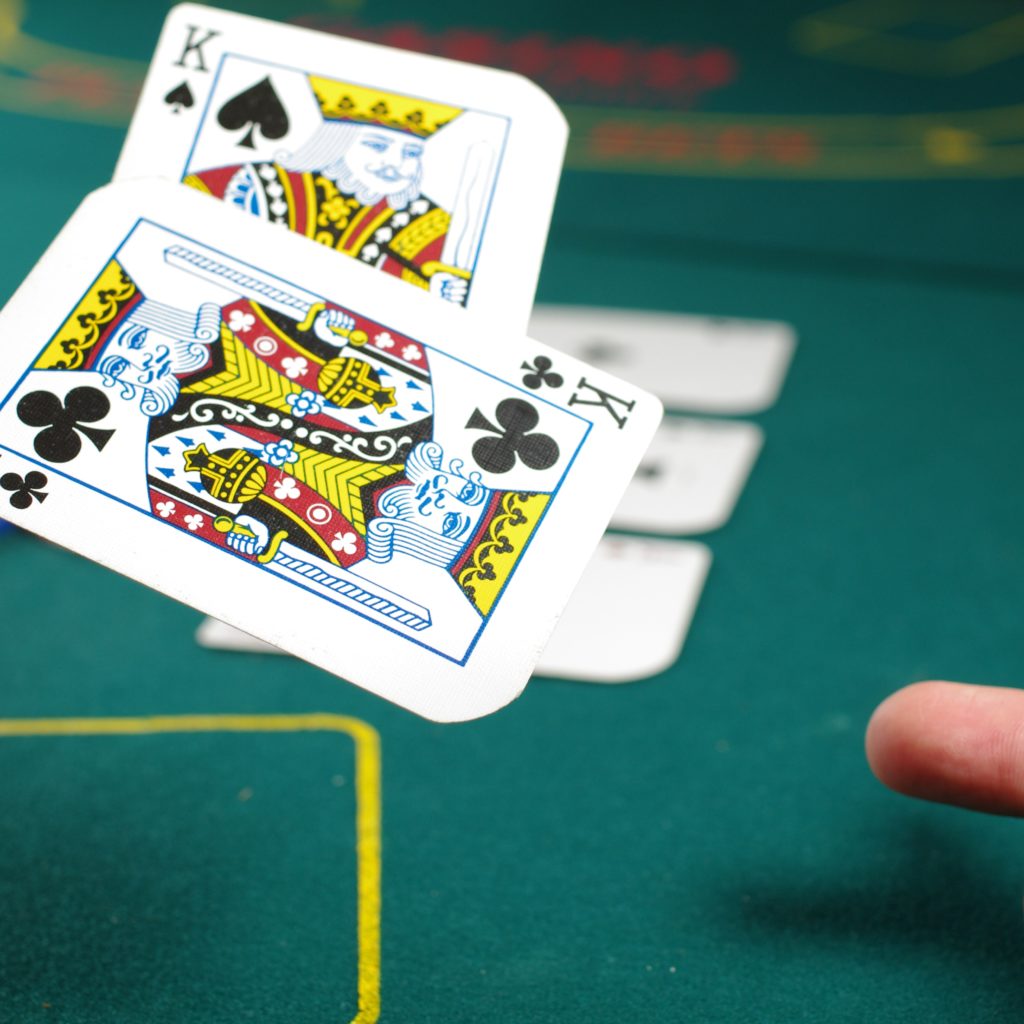 Card games are popular for over thousands of years. It is a fantastic way to spend time and play with others. They were invented in China before they got to Europa in 1360. The oldest game that exists is called “leaf game.” In general, there are over 10,000 card games. It depends on what you call a “card game.” Classic card games with a 52-card deck are Poker, Solitaire, Blackjack and Patience. From all of them, poker is the winner of the competition. It is played by amateurs and professionals in indoor- and outdoor casinos. Here you will find the basics of poker that you need to know about.

The roots of poker go back to one thousand years of diverse cultures and countries. There are theories where the card game is coming from, some say it was invented in Persia, others claim that the roots are coming from China. Back then in Europe, the card game Pogue got attention in France during the 17th century. Pogue and the German card game pochen are based on the Spanish one called primero with three cards included. The settlement of Pogue started in the United States during the colonies. In a small region, Pogue adapted to a modern game, where every player gets five cards from the deck. Poker originated in areas of the Mississippi River  and spread over the whole country, thanks to the transportation, which included riverboats. It was also a common game for soldiers in 1800. Poker was introduced to other European countries in 1871 by the United Kingdom’s minister, which taught the game and its rules to court members. The game was accepted after years when American Soldiers brought it to Europe. Different games over time dominated Poker, such as Texas Hold’em. Normally, a poker game takes a few hours. A theatre called the “The Bird Cage” located in Arizona, believe that it is home of the longest poker game. The year 1881 was the time when the game started, which ended after 8 years, months and days. $1000 were the minimum to have a seat at the table. Big, well-known personalities such as Bat Masterson and Diamond Jim Brady were the players in the longest poker game ever. Ten percent of the amount over $10 million went to Bird Cage.

Poker is known as a lucrative sport worldwide. Even when others like football, basketball and baseball are the winners, poker includes an award over $44 million. So, the title as a most lucrative sport is justified. The most popular poker player is Antonia Esfandiari with a breaking record of $18.3 million in 2012.

Online poker was established in 1998 on different platforms that offered poker, before it became mainstream. Back then, you could play games with a stake of $3-$6. Nowadays, you can find many platforms online like VegasSlotsOnline to find the top online casinos in the UK. These casinos mentioned before must be regulated by the Gambling Commission, that means your personal security and funds will be safe. Once you check it, you can find over, and enjoy, hundreds of games and slots of all kinds. Since the establishment of online poker, the options and varieties are bigger than ever. There are classics and lots of modern games, for example, you can choose between table games or live dealer games. Furthermore, the number of bonuses such as welcome bonuses, free spins or cashback bonuses has increased since poker jumped to the online world. You can play on any phone, which includes Android or iOS. Even on tablets, you can have the full gaming experience. Overall, a lot of things were developed in the gaming scene with modern technology, innovations, and artificial intelligence.

Today, according to numbers, there are over one hundred million online poker players. Over the half of it are people that are in the US. The history of poker set roots in addition to play it online or offline.

How to be a professional player

If you want to be professional in the poker game, you need to study the poker theory first. Podcasts like Pokercast really helps in learning as legends like Doyle Brunson and Daniel Negreanu spent days, months and hours studying probability and psychology to understand the game. When you are done with theory, get some practice and use your knowledge. There are websites that train you to improve your skills and play against others. In poker, you need to be determined and disciplined, if you want to become a professional poker player, which means that you need sleepless nights and lots of practice. When you sit in a game, it is important to read facial expressions of the competitors and use bluffing skills. It plays an essential role. Take advantage of your skills and learn from mistakes, so you can do it better next time.

Poker is a mind and strategy sport, which is not for everybody. It takes a lot of time to understand the game with its strategies, but also psychology. Every move that you make in the game is significant and to make it count. It is an exciting and long game. You can see it in movies like Casino Royale, twenty-one and Casino. If you do not want to become a professional player, you can also make it as a hobby of yours.