What It Takes To Become A Professional Poker Player In 2022 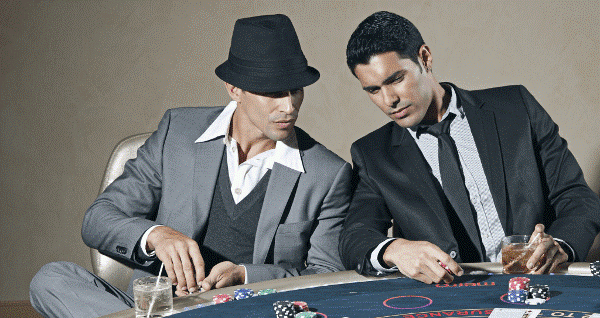 Something is alluring about cards and the bustling nature of casinos. It’s almost as if you’d be willing to do anything to escape the grueling monotony of having to work a 9-5 job, and becoming a professional poker player seems to be something hardly anyone could ever get tired of.

But does the life of a professional poker player live up to the hype? And what does it really take to become one? Stay tuned as we’re about to lay it all out; the good, the bad, and the ugly, possibly shattering a myth or two along the way.

Where to begin? First of all, you’ll need to get ready to devour some poker theory, a lot of it. All the big poker names like Daniel Negreanu and Doyle Brunson wouldn’t be where they are today if it weren’t for spending a ridiculous amount of hours studying human psychology and probability, the two core fundamentals of poker.

The reason is that poker, just like any other casino game, is prone to variance. It means that even the best players who ideally play every hand can end the day in the red. But the exciting thing about it is that the effect of variance tends to diminish over large sample sizes. So, in other words, you’re going to need to get some games under your belt to see where you stand.

However, unlike your typical casino games, you can attain an edge over the competition by exploiting weaker opponents – that’s where the majority of your winnings will come from. Often referred to as fish, these are your typical casual and hobbyist players who know little to nothing about poker theory and will happily donate their chips to you if you learn to recognize the instances where you’re ahead.

It can help quite a bit to develop the discipline to stick to your strategy even if things aren’t going your way at the tables. Such unfortunate events, often referred to as bad beats, can cause many players to succumb to their emotions and moodiness and start making suboptimal plays. But you know better than that.

Moreover, solid bankroll management principles can prevent things from spiraling out of control too soon. In layman’s terms, don’t try to make up for a losing session by progressing to higher stakes too more quickly. That’s a surefire way to deplete your stack even more. It would help if you were doing to master the lower stakes first and progress only after you’re capable of crushing your current level of competition somewhat consistently.

Finally, understand that being a professional poker player is a grind, unlike what’s too often portrayed in popular culture. It equals spending long sleepless nights patiently clicking away at the tables, and you’ll be folding the vast majority of the time. This hardly seems like an action-packed experience as it tends to be in the movies, but remember – the objective is to get it in when you’re ahead, which means not getting married to your hole cards and folding when the situation calls for it.

In the end, a lot of it comes down to mastering your territory. When playing in a land-based casino, your bluffing skills and reading the facial expressions of your opponents will play a substantial role. In online poker rooms, however, you have the advantage of playing multiple tables at once and thus increasing the number of hands you see per hour, a practice otherwise referred to as multi-tabling.

The only question is, does the game of poker excite you enough to persevere through the bad beats and downswings, or are you the kind of person who throws in the towel at the first sign of trouble?