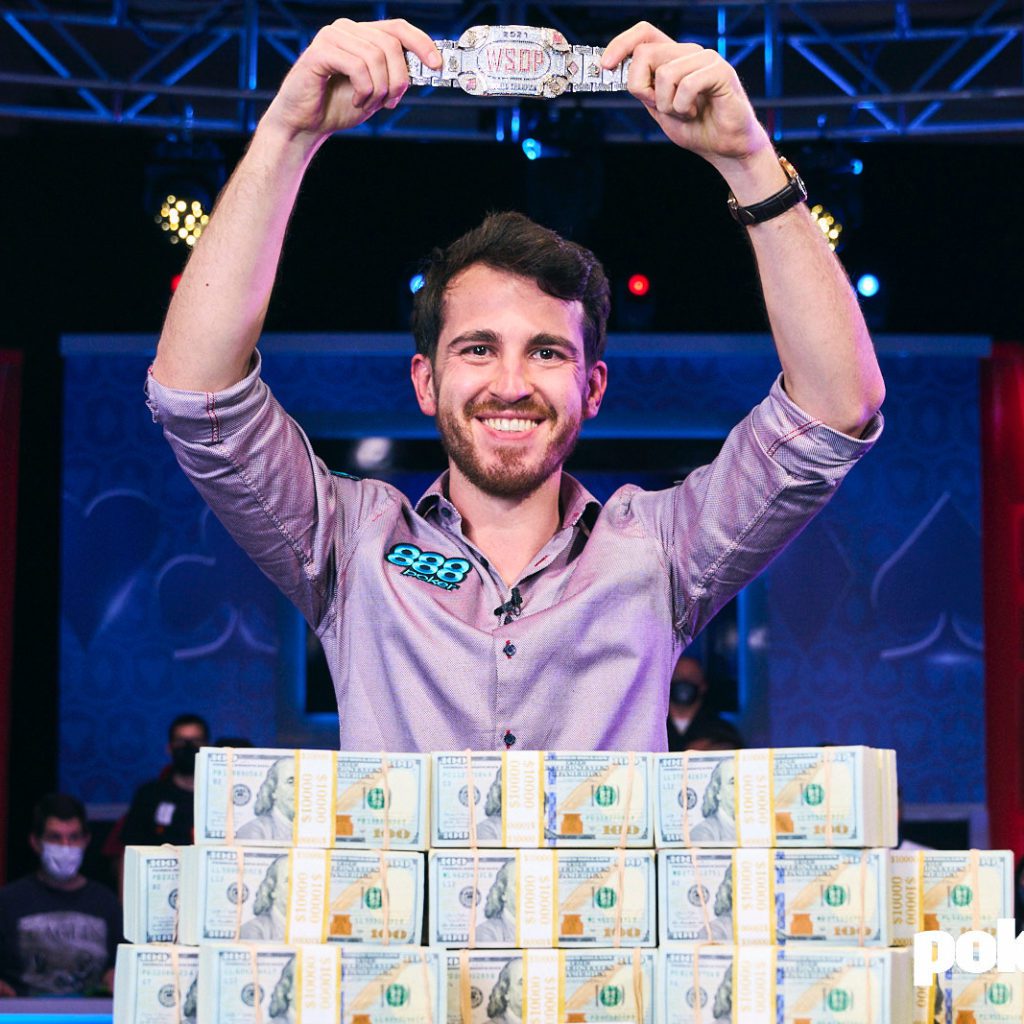 “No, I didn’t think that,” Aldemir said of the idea of ever winning the WSOP Main Event. “I kind of had the idea of winning player of the series once because I’m just starting in mixed games and to have a Player of the Year banner, but I never expected to have a Main Event banner. It’s incredible.”

A 31-year-old poker professional born in Germany and residing in Austria, Aldemir now has more than $20,000,000 in career live tournament earnings after winning the 2021 World Series of Poker Main Event.
Aldemir defeated 49-year-old George Holmes in heads-up play. Holmes was down to fewer than two big blinds on Day 7 and ran his stack all the way back up to eventually finish in second place for $4,300,000.
“He was really, really tough,” Aldemir said of his heads-up opponent, George Holmes. “I didn’t expect that at first, but he played great. He put us in spots, not only against me, but against the other players. He made good bluffs, made good folds. As you could tell, it was really tough. I had the chip lead to start with and he grinded me down. Then I had to fight really hard to beat him.”