How Did Poker Contribute to the Evolution of Online Slots? 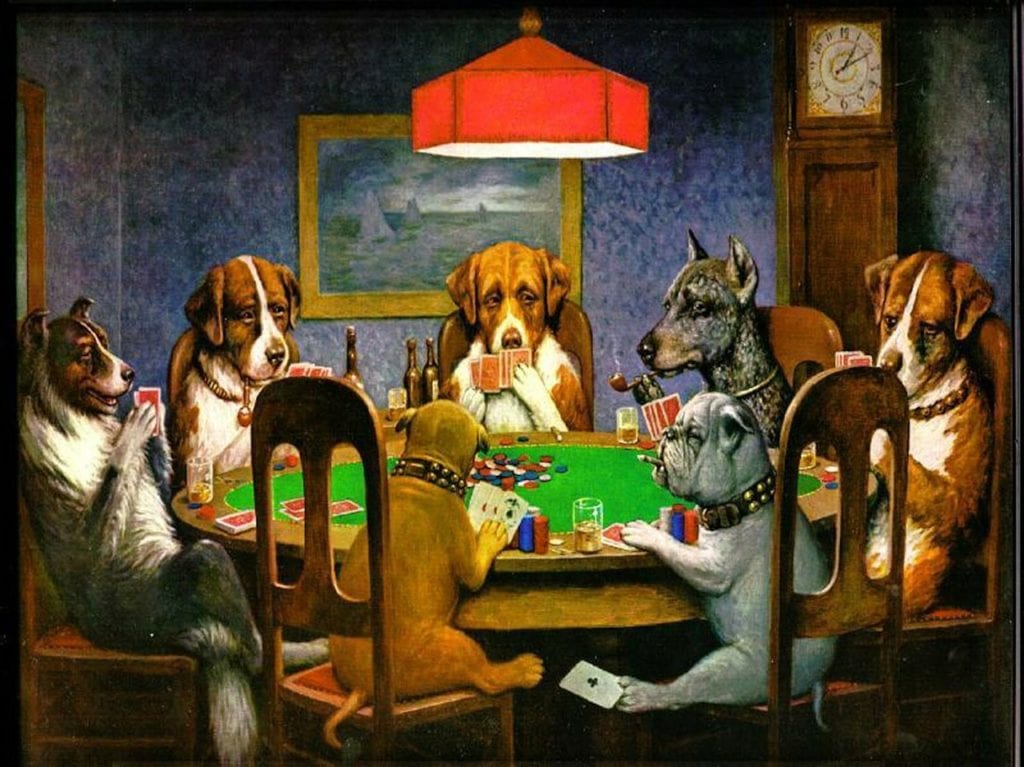 Do you know that the first slot machines were poker machines? Poker machines were a hit in the 1880s. The games featured five drums on which all the cards in a deck were placed excluding the jack of spades and the 10 of hearts. This was to reduce the number of jackpots from royal flushes. Players had to spin the reels and whenever they landed on a pair of jacks, they would claim a prize which would be paid through hand pay, including a round of drinks or a cigar.

Years later, Charles Fey, a gaming engineer decided to create a mechanized machine, known as the Liberty Bell. It featured three reels and 10 symbols on every reel. The biggest connection between poker and slots, or pokies as Kiwis and Aussies fondly call them, is that most online slots have five reels, which represent the five poker hand cards. Also, many online casinos use the high cards from poker decks as their reel symbols.

In the 20th Century, Sittman and Pitt made five-card-drawn poker machines. These machines came with the hold or draw feature, making them extremely popular among bettors. They found these machines more engaging than the former slot machines as they were based on luck.

The Evolution of Electronic Slots

The Liberty Bell had three reels and offered players instant payouts. Apart from the usual cards, it also featured a Liberty Bell symbol and horseshoes. Players had to line up all symbols to create a winning combination. This machine became an instant hit among bettors and other people started developing similar machines.

Today, the Liberty Bell is no longer functional and you can find it in Reno at a museum. In 1902, the government banned the first slot machine, and it could no longer pay out cash prizes. The move brought about the era of fruit machines, with Herbert Mills developing the first one in 1907.

The machines would pay players in sweets with flavors of the fruits they matched and chewing gums. A year later, slot machines were available in shops, salons, bowling alleys, and tobacconists. These machines began featuring the BAR symbol together with cherries, melons, oranges, and apple symbols. Players had to pull down a level to make a combination. There are still some fruit-themed slots available today.

In 1964, Bally developed the first electromechanically-operated slot machine and named it Money Honey. It came with a lever that bettors had to pull, although its reels were operated electrically. It featured clover, triple 7s, star, gem, and crown symbols, and it paid players up to 500 coins. With time, electromechanical slot machines stopped coming with levers.

The Introduction of Video Poker

In the 1980s, Si Redd’s company launched the first computer-based betting game, video poker. A few months after the first machines appeared on the Las Vegas Strip, they became an instant hit among bettors.

These video poker games prepared the way for the computer-based slot machines, which helped with the introduction of virtual reels. Although there are still numerous video poker variants today, they are less popular than the wide range of slots available worldwide.

Many double-or-nothing card games found on online slots originated from video poker games that were the first to offer bettors a 50/50 chance of doubling their winnings if they correctly guessed the color of the next card. Without video poker, online slots would not exist.

A huge surge of the Internet was experienced in the mid-90s, which brought the birth of online casinos. Although they initially featured only roulette and blackjack, with time, these casinos introduced slots. Within a short time, slots became a hit among players, who preferred them to any other games.

Today, some online slots feature over five reels and beautiful designs. They also come in an array of themes, bonus rounds, and symbols. Also, there are numerous slot game developers competing to produce the best games. Some of their titles come with progressive jackpots, which can make players millionaires in an instant.

The Future of Slots

Slots/pokies as AU and NZ call them are evolving every year. The themes keep improving, and now you can play a slot inspired by your favorite TV show or movie. You can also play virtual reality slots and pay with cryptocurrency. The future of online slots looks bright.