It has taken many years, but Jared Bleznick has taken down his first live tournament. Winning the $10K eight-game event at the Poker Masters in Las Vegas, Bleznick outlasted the likes of Cary Katz, Nick Schulman and Brandon Adams at the final table on his way to claim the $153K top prize.

“Poker is very tough right now and it feels good to get a win,” Bleznick said. The long-time online pro who transitioned into becoming an established cash-game player in the high stakes rooms across Las Vegas no longer plays the game for a living, picking and choosing his moments to play tournaments.

The action started with seven players of the 45 entrants vying for the title led by Bleznic, who took a massive lead to the final table. Brittish Open PLO champ George Wolff was the first to bust in 2-7 Triple Draw. Wolff was dealt a 9-6 low and pondered for a long time before standing pat and betting out into his two opponents, Nick Schulman and Brandon Adams. Wolff ended up all-in after the second draw with Adams and Schulman both drawing and on the last draw, Schulman made the winning hand with an 8-5 to send Wolff to the rail.

Adams busted in sixth on the next hand in 2-7 TD as he was down to fewer than two bets. Adams was drawing to a 9-8, made his hand but was drawing dead after the first draw when Schulman made an 8-7. Jake Abdalla also busted in 2-7 moments later when he ran into Mike Gorodinskiy who made a 7-6 low after drawing three cards on the first draw.

Gorodinsky was all-in with 9-7 during NLHE and he was called by Bleznick with A-9 in the big blind. The board brought no help and Bleznick extended his lead. Schulman busted in third place during a hand of stud/8 when he started with split kings but that was not enough as Bleznick made both a low and two pair to win the hand.

On the final hand of the tournament, Cary Katz was eliminated in PLO holding an inferior two pair against Bleznick, who took the win with aces and 10s. 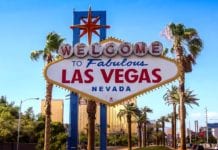 Nevada casinos may reopen on June 4, but poker must be 4-handed 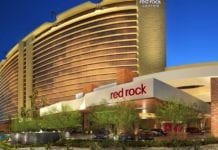 Stations Casinos to reopen without poker in first phase 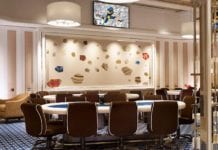 WSOP postponed until the fall