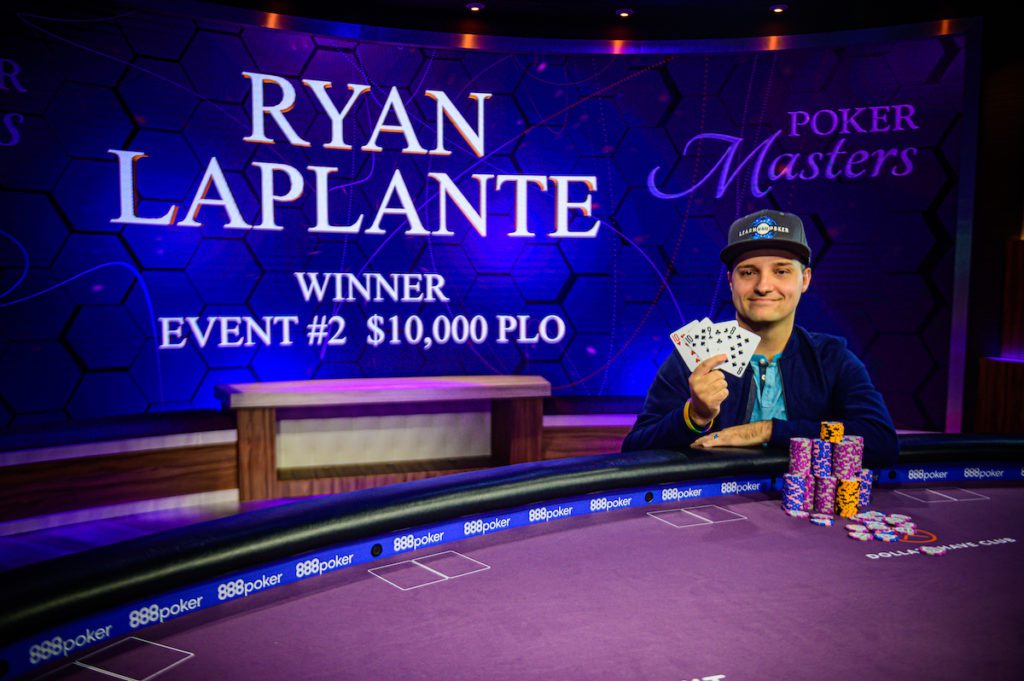 Ryan Laplante was at a loss for words after he took down the Poker Masters $10K Pot Limit Omaha event Wednesday in Las Vegas. The long-time poker pro battled his way through a tough field of 62 entries that culminated with him beating the Event 1 runner-up, Chance Kornuth, heads-up. Laplante collected $186K for his win, the second biggest win of his career behind only his World Series of Poker bracelet in 2016.

Choking back tears, Laplante said, “Being able to play against these people, just even being able to compete, not even cashing, and then winning it is just absolutely absurd. Obviously, I thought it was possible when I signed up but when you’re playing against players of this caliber, and you pull through, it makes me feel very fortunate and very lucky.”

The final table started with six hopefuls led by Laplante, who held a commanding lead. McDermott started as the short stack and he was the first player to get eliminated despite finding a quick double-up at first. McDermott ended up all-in with A-Q-9-5 and he was up against Riordan’s kings to send him to the rail.

Defending Poker Masters champion Imsirovic was the next player to bust as aces were unkind to him. Imsirovic nearly got all of his chips all in before the flop against Laplante who flopped the nut flush before the rest of the chips went in. Imsirovic did not catch runner-runner and headed for the exit in fifth.

The colorfully dressed Riordan also fell to Laplante before the action was reduced to heads-up play after Ha busted in third. Kornuth fell quickly during heads-up play when he ran trips into the flopped full house of Laplante.