Isaac Baron took down Event 1 of the Poker Masters on Nov. 5, defeating a field of 97 entries in the $10K Las Vegas tourney. Baron collected $223K for his win as the long-time tournament pro is the first clubhouse leader with his eye on the Poker Masters Purple Jacket and $100K championship prize.

It was all smooth sailing for Baron over the final two days as he said this event was unlike most tournaments he’s played in his life.

“There were obviously some small dips along the way, but in general it was a straight-up trajectory and a really smooth tournament for me.”

Baron then found aces to knock out Sam Soverel (fifth, $77,600). Jeremy Ausmus was next to bust when he shoved all-in for 9.5 big blinds with Q-7 offsuit. In this blind battle, Baron called from the big blind with Q-9 off and his nine proved to be decisive at showdown. Ausmus collected $97K for fourth.

Ralph Wong busted in third for $116,400 when he was unable to hold up with K-9 vs. Baron’s J-6. Baron hit a jack and sent Wong to the rail to begin the heads-up battle against Chance Kornuth with a massive lead.

On the first hand of heads-up play, Baron shoved with 5-3 and Kornuth called holding A-9. Despite Kornuth’s advantage, Baron won by spiking a three to end the tournament. Kornuth collected $164,900 for second. 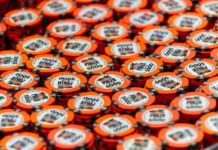 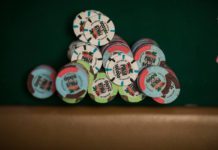 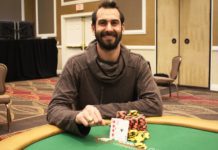