Here is a poker question for you to consider 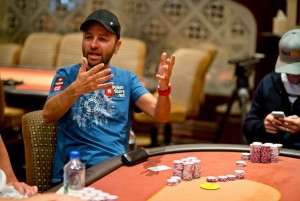 Whether you’re a beginner or a seasoned veteran, you’ve played with numerous players. Take a moment to reflect on some recent opponents.

Now, go further back throughout your playing years and try to think of some players who really impressed you.

Poker is such a nuanced and tough game that’s constantly evolving in styles of play that anyone who wants to improve and climb the proverbial ladder has to learn from the play of others. I know I often pick up things from others.

So, here’s the question I want you to ask: Are you a player others want to emulate? Don’t answer that now. My hope is after you finish this article you’ll take some time to really do some self-reflection and be honest with yourself in considering this question.

I’ll offer some suggestions on how to answer this question and why it is so important, and I’ll also offer an ancillary point.

First, when we play poker we’re often extremely focused on studying opponents, including their styles and tendencies. Yet, it’s important to take the next step and have a deep understanding of how opponents perceive you. If your initial reaction to the proposed question was one of surprise, then the first step is to pay more attention to how opponents see you.

Next, do opponents respect your game? Are they less aggressive if you’re in a hand? Do they try to avoid confrontations with you? How opponents play against you and perceive your play is telling. Even if they don’t voice their respect, their play will speak volumes about your play.

The next thing to consider is how often players seek your advice. Are you the one other players come to for answers to various questions and scenarios? Do other players aspire to be like you? Any decent player constantly evaluates his game and will seek advice from a player he respects.

That brings me to an ancillary point. The discussion doesn’t end if yes, you’re a player others want to emulate. It’s incumbent upon you to continue to strive to improve. Seek advice from others. When others seek your advice, understand their perspective and learn from it. Make it a two-way street.

— David Apostolico is the author of Tournament Poker and The Art of War. You can contact him at thepokerwriter@aol.com.