You need a willingness to learn in poker 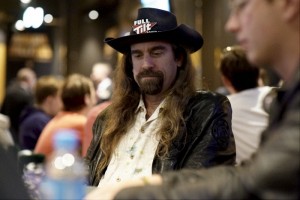 I recently was the head coach on the Ante Up Poker Cruise to the Bahamas and it was a lot of fun. I got to meet a lot of new people and play a lot of poker. My main “job” was to be the poker coach on the cruise. I was asked to teach one intermediate class and two advanced classes. Seeing how I always try my best at everything I do, I decided to offer four advanced classes at a much cheaper rate than the past coaches have charged. I wanted to make it as affordable as possible for players to learn new poker skills without blowing their bankroll.

In the intermediate class, I discussed two concepts I thought would help everyone on the cruise ship, especially if they play small to medium buy-in tournaments. The first was optimal pushing ranges from late position. Quite often when I play medium buy-in tournaments, I constantly watch weak players open fold from the button and small blind with a short stack. For those who have not done the math, which I presented to the class in the form of a handy chart, you should push almost any two cards from the small blind when the action is folded to you when you have fewer than 10 big blinds. I also discussed optimal raise-sizing.

In both the tournaments I played on the ship, numerous players constantly raised from three to as high as six big blinds preflop. It seemed like the general consensus was that they did not want to get outdrawn by a worse hand. What they failed to realize is you want worse hands in the pot, even if they occasionally outdraw you, because you get value from worse hands, not better hands. Most of the players who made large raises preflop played an overly tight game, only raising with premium hands.

Basically all of these players ended up blinding off as the tournament progressed. It’s now common knowledge to raise to an amount preflop that will allow you to get your stack in over the course of the hand. As most small and medium stake tournaments, the optimal raise size is between two and 2.5 big blinds preflop.

I was a bit disappointed with the number of students in the advanced classes. Despite the small turnout, we discussed numerous topics over the nine hours of coaching, including applying ranges based on player types, determining your equity against those ranges, how to calculate fold equity, how to play small pairs, how to play blind vs. blind when deepstacked, optimal bet-sizing, game selection, bankroll management and numerous other general strategy tips.

While the turnout was small for the classes, all of the students involved clearly wanted to learn more about the game and realized the value of high-level training. If you compare two players, one who has read one poker book and another who has invested countless hours actually studying the game by reading books, watching training videos, hiring a poker coach and discussing hands with other dedicated poker players, you will find the player who studies has a significantly higher win rate.

One of the most troubling things I saw on the cruise was the numerous players who thought poker training, or even thinking about the game away from the table, was irrelevant. Someone said: “Jonathan has only been playing poker for nine years. I have much more experience than he does. I have been playing 50 years!” I’m sure I don’t need to tell you how that person did at the smallest stakes on the ship. If you have the mind-set such that you already know everything you need to know about poker, you will not make it far unless you’re a poker prodigy.

If you’re playing small or medium stakes and you think you’re a poker prodigy, you’re delusional. The vast majority of winning poker players improved by constant study, not by imagining their way to success. If you’re not willing to put in numerous hours of hard work, you simply will not make it as a poker player. You have to decide if you’re willing to do what it takes to make it to the top or if you’re happy where you are. I still spend numerous hours per day studying poker. I’m confident if I never studied, I would be another failure story.

— Jonathan Little, a representative for Blue Shark Optics, is the author of Professional Tournament Poker Vols. 1 & 2, owns the poker training site FloatTheTurn.com and 3bet Clothing, plus check out his iPhone app, Instapoker.