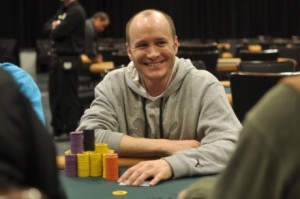 Poker players recently watched about three hours of an interview with former Full Tilt Poker executive Howard Lederer and since then, everyone has an opinion on the truthfulness and effect of the interview. As a corporate attorney, I saw some other issues that aren’t addressed fully in the interview or in the online blogs.

The first issue has to do with the company structure. They operated as a California LLC (Tiltware LLC), formed on Sept. 2, 2003. During the interview, Lederer seemed to indicate the company was a manager-managed company, which means the owners (members) appoint a board of managers to run the company. This is a common structure. During the interview and on the post-interview discussion, they used the term, “board of directors” repeatedly. This technically is incorrect as “directors” applies to corporations, not LLCs. We will assume they meant to say, board of managers.

Assuming the board of managers made all of the key decisions, they have certain duties to protect the owners (members). They also have the duty and responsibility to hire officers to sign contracts, and run the day-to-day operations. When Lederer said they were never charged with running the day-to-day operations, he was practically and legally correct. During the interview, he said the existing board had been replaced by a new board of three members based on a53 percent vote of the members. It’s uncertain as to whether that was 53 percent of individuals or shares.

This is where an LLC, based in partnership law, is different than a corporation. In a corporation, the owners with a greater percentage of shares generally get more voting power. This is not always true in an LLC. It may have been that their internal operating agreement stipulated that each member gets one vote, regardless of the number of shares that person owns.

This is relevant because if this had been a corporation, the members likely would not have been able to overtake the board, as Lederer and Chris Ferguson seemed to have a larger percentage of the company than other owners.

There’s generally no liability to the members of a California manager-managed LLC. However, the managers must make decisions on large issues to protect the members. They could be liable if they approved distributions when the company was short on cash. This is called a “fraudulent transfer.” Fraud seems to indicate some criminal behavior, but no criminal charges have been levied against Lederer or Ferguson. That may still happen as the DOJ gets more information. They also can be liable if they made reckless or extremely bad decisions that would knowingly hurt the owners. This type of criminal and civil charge was brought against the board of directors in the Enron collapse.

The second big issue is the segregated accounts for player funds. The predominant feeling is that as long as they have enough money in their accounts to cover the player balances, they should be OK. This is not accurate. There is a big difference between having enough to cover deposits and setting up player “trust” accounts. When FTP co-mingled the funds, even if it had enough to cover the balances, it left those funds vulnerable to seizure by the DOJ. The funds also would’ve been subject to any creditors in bankruptcy.

If FTP set up a trust account for me, as a player, those funds technically would be my property. You see trust funds set up in law firms to hold clients’ retainer fees all of the time. The DOJ would not have been able to seize those funds without showing I did something wrong. The Wire Act, the UIGEA and bank-fraud charges don’t apply to me, so while they could’ve frozen the accounts for security purposes, they could not have seized the money and we likely would have our deposits back by now.

Moving the operations to Ireland will have a huge effect on how things turn out for the principals. If the headquarters would’ve been in the United States, Black Friday would’ve likely included a raid on the offices and a seizure of the computers, including all of the correspondence between members and managers. My guess is most of the incriminating data has been destroyed.

Without having a copy of the company’s internal documents, and correspondence, there’s no way to guess the future of the charges against the principals. The reckless behavior with the player deposits is enough to charge Ray Bitar with criminal activity. Charging the other members of the board of managers will depend on the extent that they knew “or should have known” about the illegal activity.

— Brian Fons is an attorney with Corporate Creations Chicago LLC and can be reached at Brian.Fons@corpcreations.com.