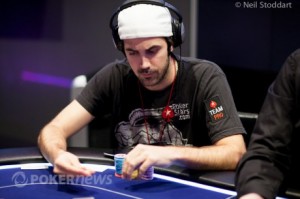 The Muckleshoot Poker Room in Auburn, Wash., between Tacoma and Seattle, has a variety of live action, including $4-$8 full kill, $15-$30 Omaha/8 partial kill and a popular $3-$5 spread no-limit hold’em game, $200 minimum buy-in. It boasts 32 tables, by far the most this side of Olympus. On Super Sunday, or every first Sunday, at about 1-1:30 in the afternoon, the room reaches full capacity with nearly 300 players hoping to hit the $500 high hands every half-hour from noon to midnight. Get there early because the first and last half-hour pay $1K.

Every second Sunday the “Muck” hosts a tournament perfect for new players where 10K chips and 30-minute blinds allow amateurs to fold for two hours and still be in it. Tournaments run nightly, but Thursdays easily draw 90 players plus 10 alternates. The bad-beat was around $200K at press time (quad queens) and it pays 20 percent to the winner, 40 percent to the loser and the rest is divvyed up among the room if you’re playing in a hold’em game.

The Muck claims the crown in this neck of the woods, thanks in large part to a fun, robust room. One night I even walked out a winner. I played the $65 tourney on a whim, waiting for a cash-game seat and split second place for six bills. Not bad at all.