Poker is a legal game of skill, right? 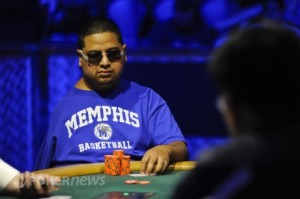 On Aug. 21, a federal judge in the Eastern District of New York found defendant Lawrence Dicristina not guilty on the charge of operating illegal Texas Hold’em games on the basis that Texas Hold’em, at least in this judge’s view, is a game of skill. The defendant’s earlier conviction of violating federal gambling laws was overturned and the indictment against him dismissed.

The federal judge, Jack B. Weinstein, is a legend on the New York federal bench. Since 1967, this 91-year-old still keeps a brisk judicial docket and is widely regarded as one of the true legal mavericks on the federal bench. Dedicating more than 100 pages to an analysis of expert witness testimony, legislative history of the federal gambling statutes and case law from across the country, Weinstein concluded what all good poker players know: Poker is, at its core, predominated by skill.

The ruling was heralded in the blogosphere as just the type of ruling the poker world desperately needed to open the floodgates of regulated online poker into the United States. Poker players can claim as a community vindication as more than simple gamblers, instead officially craftsmen (and women) skilled in the art of poker … at least that’s how the headlines read.

At this point, I must warn you to prepare yourself for the cold water. In reality, the headlines should have read: “Prosecutors Forced to Charge Defendant Under New York State’s Gambling Laws After Not-Guilty Verdict Delivered in Federal Case.”

Weinstein, in his opinion, stated any argument the defendant was not guilty of violations of the state statutes were “without merit” as “New York courts have long considered that poker contains a sufficient element of chance to constitute gambling under that state’s laws.”

This verdict, and the lengthy opinion tied to it, is more a reality check on federal laws than a vindication of poker as a game of skill. The federal statute under which Mr. Dicristina was charged, the Illegal Gambling Business Act (18 U.S.C. §1955), defines “gambling” narrowly as “including but…not limited to pool-selling, bookmaking, maintaining slot machines, roulette wheels or dice tables, and conducting lotteries, policy, bolita or numbers games, or selling chances therein.”

Simply stated, Weinstein determined the federal law was designed to prevent the mafia from conducting house-banked games of chance. The operation of Texas Hold’em games, even in New York, even after the rendering of this verdict, is still illegal. In fact, Weinstein reminds the readers in his opinion that state law dominates most gambling prosecutions and case law. Having said that, there still is not a state case that stands for the same proposition that poker is a game of skill and immune from prosecution under a state’s anti-gambling statutes.

So what does this all really mean for poker players across the country? Basically, it means if you run a poker business that isn’t sanctioned under state law you’re likely not going to be arrested and convicted of violating some type of anti-gambling law at the state or federal level. The case is pending evaluation by the Department of Justice as to whether it merits an appeal. If the case is appealed, I foresee a tough road for Weinstein’s opinion. While a validation by a federal court of appeals would be nice, the case is a symbolic victory for the Poker Players Alliance, which assisted in the expert witness testimony used to acquit Mr. Dicristina.

For active members of the PPA, hats off for helping make the case possible. For players who aren’t members, you should consider joining and making your voices heard. Each victory like this case is a battle in a much longer war. The walls to regulate online poker are cracking and the pressure needs to be maintained. In the meantime, keep practicing your tradecraft at local poker rooms, and remember the next time anyone asks if you have any type of skills take comfort in answering, “According to at least one federal judge, I most certainly do.”