Luck is a necessary evil at the poker tables 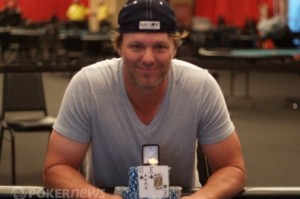 Seneca, a Roman philosopher from the middle of the first century, wrote: “Luck is what happens when preparation meets opportunity.” Obviously, this is not a new issue. But, luck vs. skill has become a much-talked-about issue, from the point of legislation and how to play.

A federal judge recently declared poker was a skill, saying, “The player in a poker game is making all of the decisions, making all the plays, which include whether or not to wager on a particular hand and how much.

And, in fact, the act of wagering itself is the essence of the decision. So in one sense in a gamble over any other mechanism, whether it was a bet on a baseball game or a bet on the roll of the dice, the wager itself is completely independent of the event being wagered on.

Whereas, in poker, the wager is not in the same sense a wager on the outcome. It is the strategic choice that you are making. You are trying to influence the outcome of the game, either by the amount that you are wagering, trying to build up and win more money.”

There was a recent academic study by Potter van Loon, et al, that concluded “the results provide strong evidence against the hypothesis that poker is a game of pure chance. For a game of pure chance there would be no correlation in the winnings of players across successive time intervals. In our large database for three different stakes levels, however, we do find significant persistence in the performance of players over time.”

Even noted poker writer James McManus wrote an article in the Wall Street Journal and there is some good research at scribd.com about the “role of skill vs. luck in poker.”

So how come there are two-out suckouts? How come maniacs playing any two cards win? How come we hear, “I’d rather be lucky”? Skill, variance, luck and chance cannot be measured in the short term. When you think about your poker play, you have to consider the long term, and not the one session beat out by some guy getting hit in the head by the deck.

We should rejoice if all our losses have to do only with luck. When failure is brought about by chance rather than our own actions that is part of the game, and it’s unavoidable. But if you play against the suckout king long enough, you will felt him.

Develop your fundamental math and psychological skills; learn about self-care and ways to avoid burnout and in the long run intentional action will dominate suckouts and bad luck.

Most important, keep your head in the game.

— Dr. Stephen Bloomfield is a licensed psychologist and avid poker player. His column will give insight on how to achieve peak performance using poker psychology. Email questions for him at editor@anteupmagazine.com.