When playing poker, learn to identify your mistakes 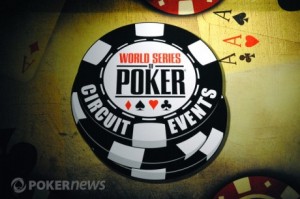 I took my first trip to Foxwoods recently and I have to ask myself, what took me so long? Ideally located off I-95, close to beaches and with great amenities for the family (including the nicest bowling alley I’ve seen), Foxwoods is a first-rate experience. Terrific restaurants at every price range and a knowledgeable and courteous staff only enhance the stay.

However, the real star is the poker room. It’s a player’s paradise. With one huge floor dedicated to tournaments and another floor right below bustling with cash games, it’s a mecca for poker enthusiasts. Foxwoods offers a wide variety of games at every level and with so many tables there’s never a long wait. I found the games to include everyone from newbies to a few grinders.

While I fared well overall, I had one disappointing hand that I wanted to share. In a $1-$2 no-limit-hold’em game, I open-raised to $10 from middle position with

. I was called in four spots, including the button, who was the only tricky player at the table. The flop came

. With so many draws and everyone expecting me to make a continuation bet, I saw no reason to disappoint. I bet $30. The button raised to $60 and everyone else folded.

With the action back on me, I certainly wasn’t going to fold. The only question was to call or raise. I went through his range of hands, which in my mind included A-x, A-10, A-9, Q-J, two spades or 10-9. I didn’t put him on a set because the way he was playing, he would have reraised preflop. So, I was fairly certain I was ahead and there were a lot of draws. However, this player didn’t like to give up on a hand so I knew he would continue to bet if I called. So I did.

Well, the turn brought the worst card in the deck for me:

. That put a flush and a straight out there. I still didn’t think he had it so I decided to bet $70. He thought about it and then went all-in. He had me covered and I had about $250 behind. I thought for a long time and finally folded.

before scooping the pot. That hurt. I never worry about bad beats or bad plays that work out for opponents. What hurts is a bad play on my part that costs me. Yes, I had an unfortunate turn card, but I never should have been in that position. I should have reraised the flop. I knew I was ahead and there were draws out there. If we got all the money in on the flop, I was fine with that. Know where your mistake lies. Mine wasn’t in folding the turn; it came from not reraising the flop.

— David Apostolico is the author of several poker strategy books, including Tournament Poker and the Art of War. You can contact him at thepokerwriter@aol.com.