All signs point to Black Friday closure being near 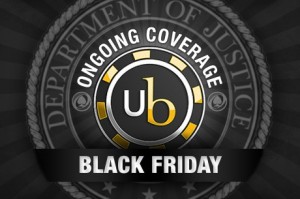 NOTHING BUT ‘NET, by Joel Gatlin

Black Friday (April 15, 2011) was like a scene from a Dr. Seuss book.The Grinch had swooped down with his little frail dog and had stolen all of the U.S. poker players’ gifts from under their noses.No one saw it coming and it seemed like it happened in the middle of the night while everyone was sleeping.The unthinkable happened and online poker was ripped out of the homes of so many citizens in the United States.Then, soon after, the whole Full Tilt player community suffered a similar blow.

Well, it’s been a long 17 months, but it was Christmas in July for many poker players around the world when PokerStars announced it had finalized the purchase of Full Tilt.On July 31, the U.S. District Attorney’s office approved the deal between Full Tilt Poker and PokerStars, where all of the important assets of Full Tilt were to be forfeited to PokerStars.

As part of the agreement, PokerStars forfeited $547 million to the U.S government, paid over the next three years.The agreement stated that once the asset transfer is complete, PokerStars would, within 90 days, make all of the money owed to non-U.S. Full Tilt players available for withdrawal ($184 million).

U.S. players would be refunded separately, from the payments made by PokerStars to the government.The U.S. players’ balances are somewhere around $150 million-$160 million.It hasn’t been announced how Americans will get their money, but the process will go through Department of Justice and details will be coming soon.

PokerStars has identified the Full Tilt players in three categories: U.S players, ROW (rest of world) regulated, and ROW unregulated.Players will be classified into one of these of categories based on their verified address within Full Tilt’s records as of June 29, 2011.These classifications will have specific meaning when the Full Tilt site comes back online, primarily in the areas of the world where poker is regulated by any form of government.

So, what’s next for PokerStars and the newly acquired Full Tilt assets?

• PokerStars will keep the Full Tilt name intact and operate the site as a separate brand from PokerStars.This means players will have the same features Full Tilt had before, such as the Rush Poker, Matrix tournaments, etc.

• The new Full Tilt site will operate with a different management team, of course.It will be assembled and in place quickly and will oversee all aspects of the site.The new executive management will be based in Dublin.

• PokerStars hopes to have Full Tilt online and operational by Nov. 6.This means that as soon as the site is running, all non-U.S. players’ funds will be available for withdrawal or for play online.

• As it relates to security and the overall management of accounts, players who have accounts on Full Tilt and PokerStars will have their accounts linked.This will allow the site to control players’ accounts that might have been tagged as “locked” or “banned” from either site.If a player is banned or locked out of PokerStars for any reason, then that same player would not be allowed to play on Full Tilt for the duration of the ban or lockout imposed (and vice-versa).

• The funds available on PokerStars and on Full Tilt will be in separate pools.This means there will be separate accounting for both entities, but there likely will be ways to transfer money between the sites.This feature will only be available in areas where poker is legal and regulated.

• There will be no Full Tilt operations in France, because of its license being revoked in that country in mid 2011. France has other online poker sites that have taken most of the market since then.

• Because of PokerStars’ large presence in Spain, Italy, Belgium, Denmark and Estonia, it was decided not to separate their player base in these markets, so there will be no Full Tilt in these countries.

• Full Tilt will be licensed in Europe and other foreign countries just like PokerStars, with slight differences.PokerStars is applying for separate international licenses for the Isle of Man and for Malta because of jurisdictional issues (fulltiltpoker.com and fulltiltpoker.eu).The player pools will be the same, as will be the player experience, on both sites.Fulltiltpoker.eu likely will cover Germany, Poland, Sweden, Romania, Slovenia and the Netherlands.

The news about the PokerStars-Full Tilt deal wasn’t the only big news on July 31.The DOJ announced a settlement agreement with Absolute Poker and UltimateBet.As reported by PokerNews.com, the agreement would require Absolute Poker, UB and any of their affiliates to forfeit all of their assets to resolve the matter.The government would dismiss all charges and have the right to liquidate the assets and use the net proceeds to benefit the parties who have claims against these groups.

With all of this activity, there seems to be some closure coming for the Black Friday debacle.Once the dust settles, the path will be clear for U.S. legislators to find their way back to the poker regulation discussions.

SOUTH POINT LICENSE: The Nevada Gaming Control Board granted South Point Casino preliminary approval to offer real-money online poker as an operator, manufacturer and service provider, paving the way for the casino to be the first legalized intrastate online poker room in Nevada. South Point has been running a free-play online poker room at southpointpoker.com since late last year and was seeking final license approval from the NGC on Aug. 23, after Ante Up went to press. Stay tuned for more details.

In an agreement to settle the legal firestorm created during April 2011’s Black Friday, PokerStars, the largest online poker company in the world, agreed to pay $731 million to settle the U.S. government’s civil charges that the company used fraudulent methods to process payments and evade U.S. Internet gambling laws. The agreement also calls for PokerStars to purchase most of the assets of Full Tilt, its former rival.Of the $731 million total, $547 million will be forfeited to the U.S. government andthe remaining $184 million will be made available to reimburse (within 90 days) non-U.S. FTP customers who had money on deposit at the company. U.S.-based customers who had money with Full Tilt must file a claim with the Department of Justice to be reimbursed from the forfeiture amount.

In its statement released July 31, PokerStars stated under the agreement with the DOJ, PokerStars did not admit to any legal wrongdoing.

“Furthermore, the agreement explicitly permits PokerStars to apply to relevant U.S. gaming authorities, under both PokerStars and Full Tilt Poker brands, to offer real money online poker when state or federal governments introduce a framework to regulate such activity.”

Mark Scheinberg, son of PokerStars founder Isai Scheinberg who is under indictment for operating an illegal gambling business, said, “This outcome demonstrates our continuing global leadership of the online poker industry, and our commitment to working with governments and regulators to ensure the highest standards of protection for players.”

As the Nevada Gaming Commission issued the first intrastate online poker licenses in June, it will be interesting to follow the potential application of PokerStars-Full Tilt, companies that looked to be on the verge of ruin in America, to see if they can be licensed, and if so, if players can accept them back into the online poker marketplace.

Online poker players never will forget attempting to log in to their sites and seeing the DOJ and FBI’s logos and ominous language: “This domain has been seized by the FBI pursuant to an arrest warrant …”

After that first day, there were multiple arrests of key corporate operators, many of whom entered guilty pleas while others, including the PokerStars founder, have avoided arrest by staying away from the United States (he’s allegedly remaining on the Isle of Man at this time).

Now, with its founder on the run from the FBI, other online poker site corporate officers having been convicted of federal crimes, and having paid hundreds of millions to settle its case, PokerStars may now begin applying for licenses. We’ll find out shortly how far states are willing to go to enforce the “moral turpitude” requirements for the issuance of gaming licenses.

But for now, at least until such time as a state denies them a license, what was at one time almost impossible to fathom is now a reality: PokerStars and/or Full Tilt Poker might be back online and available for 24-hour per day online play at a computer screen near you.

— Dan Russell is a lifelong poker player whose legal practice focuses on gaming and parimutuel law. For more information, follow him on Twitter @FLGamingWatch or his firm’s gaming news website floridagamingwatch.com.