Could the Indian Tribes Be Preparing Their Own Federal Internet Poker Bill? 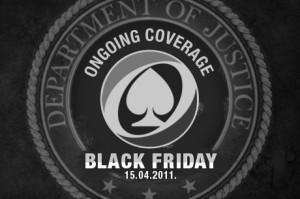 With talk that Senate leaders have come together on an online gambling bill to push in the lame-duck session between the November elections and the end of the year, Indian tribes may be preparing their own federal bill addressing Internet poker. The tribes will discuss the issue Thursday in the Senate Committee on Indian Affairs.

"I think the timing [of the hearing] is around the idea that Indian tribes are interested in drafting their own legislation," said John Pappas, executive director of the Poker Players Alliance. "They want to stake a claim to the process and feel that the best way for them to assert their interests is through their own bill."

The hearing will take place at 2:15 p.m. Eastern time from room 628 of the Senate Dirksen Building. A live webcast of the event will be available on the Indian Affairs website. Jon Porter, a former Congressman from Nevada and a lobbyist for the PPA, will testify at the hearing. The other witnesses are all from tribal interests: Tracie Stevens, chairman of the National Indian Gaming Commission; Bruce Bozsum, chairman of the Mohegan Tribe; Glen Gobin, secretary of the Tulalip Tribes; Jamie Hummingbird, chairman of the National Tribal Gaming Commissioners/Regulators; and Elizabeth Homer, an attorney who handles American Indian interests, particularly related to gaming.

The committee has met two times previously on this issue in the past nine months, with hearings held in February and November. The PPA was represented at both of those hearings as well, with testimony given by chairman Alfonse D’Amato and litigation support director Patrick Fleming.

A separate bill drafted by the Indian tribes is very unlikely to pass but could make clear what the tribes would like to see in a bill purportedly being drafted by Senate Majority Leader Harry Reid (D-Nev.) and Minority Whip Jon Kyl (R-Ari.).

Pappas made waves at the PPA’s Town Hall Meeting during the World Series of Poker three weeks ago when he said that he believed a Reid-Kyl bill was written. GamblingCompliance.com later confirmed its sources had indicated Reid and Kyl have reached an agreement on Internet poker regulation. The National Journal, which covers politics on Capitol Hill, got quotes from both Reid and Kyl on the issue last week but would only report that the Senators were close on a deal.

It is believed such a bill would be a compromise to regulate Internet poker — a great interest to Reid and his constituents in Nevada — while strengthening The Wire Act and Unlawful Internet Gambling Enforcement Act against other forms of online gambling to appease Kyl, a long-time opponent of online gaming.

"Reid and Kyl haven’t contacted me to say there is an agreement but, based on things I’m hearing on Capitol Hill, I believe they’ve come to agreement on the language of a bill," Pappas said. "At some point, the authors — Reid and Kyl — will see an appropriate time to push that bill."

That time is expected to be during the lame-duck session, when it could be attached to a must-pass bill involving spending, taxes or the debt ceiling. Having support from the top Democrat and one of the top Republicans in the Senate seems like a good formula for getting a bill passed.

The PPA is working on making sure there is support for the issue on the other side of the Hill in the House of Representatives. Rep. Joe Barton (R-Tex.) told PokerNews last year that he thought there was support in the House if the issue could get up for a vote.

"We’re progressing very well," Pappas said. "We’ve gotten a lot of positive feedback from members of Congress. There’s going to be some really key folks within the House Republican leadership that need to recognize that doing nothing is probably going to lead to greater expansion of gambling than with what Mr. Reid, Mr. Kyl and Mr. Barton are proposing. Helping them understand that has been one of our key talking points."