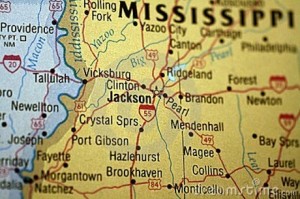 As we approach the one-year anniversary of Black Friday, I thought it would be worth looking back on where the poker industry has been and look ahead a little on where the industry may be going.

Without question, Internet poker has been on a rollercoaster of monumental proportions since the passage of the Unlawful Internet Gambling Enforcement Act in the dark of the night by congressional leaders pandering to an ultra-right constituency in advance of the 2006 midterm elections. With its passage, the demise of the industry appeared all but certain. However, after the dust settled, the industry adapted and returned to its double-digit annual growth.

It took the government almost four years for the implementing regulations to go into effect and on April 15, 2011, the largest players in the poker industry were dealt their toughest hands with the indictments and seizures of Full Tilt, PokerStars and Absolute Poker. Additional indictments followed and the major players in the industry that dominated online poker market share saw their websites confiscated by the federal government and their leadership facing years in prison for alleged money laundering and other assorted alleged crimes related to their operations.

Player accounts were frozen and months later it was revealed that sufficient funds didn’t exist to cover frozen player balances. In short, the industry was reeling.

Much like the days after the passage of the UIGEA, doomsayers were quick to pronounce the demise of the industry. Late in 2011, a little light began to shine. The possible purchase of Full Tilt by the Bernard Tapie Groupe provided some solace to U.S. players in search of lost funds held in frozen accounts.

In addition, the Obama Administration allowed the public release of a new DOJ opinion essentially vanquishing longstanding iGaming enemies within the DOJ who historically argued the federal Wire Act was an impediment to state legalization of Internet poker within their borders.

Nevada placed the finishing touches on the nation’s first Internet poker regulations, and the American Gaming Association and the major gaming forces in Washington, D.C., began a truly coordinated effort to seek a federal carve-out for Internet poker from the reaches of UIGEA. I’ve been working with lobbyists on Capitol Hill recently who are actively lining up support in the hopes of having an Internet poker proposal that would be acceptable to Republican and Democrat leaders in the event the planets align for inclusion in a bill this summer. Cautious optimism is the current view of the hired guns in Washington.

In an effort to throw a little cold water on any lobbying momentum, the DOJ unsealed the grand jury indictment of Bodog.com founder Calvin Ayre in late February. Along with James Philip, David Ferguson and Derrick Maloney, Ayre is charged with conducting an illegal sports gambling business and conspiring to commit money laundering, according to the DOJ news release. This is a strong indication that while the DOJ has retreated from its Wire Act views; those in the industry need to realize the tiger has not been defanged or declawed and will continue to aggressively go after U.S.-facing gambling websites until Congress forces their retreat.

So as you read, I’m sure the question recurs, “What does this mean to me as a player?” Moving forward, I will reiterate my past guidance that I have provided in prior columns… Play at your own risk on the Internet. It is still the Wild, Wild West. I tell clients and friends regularly that the gambling on the Internet and the financial transactions underlying the activity is likely illegal wherever you play in the United States. If you still choose to play, keep your accounts lean and cash out regularly. You never know when your favorite site will become the target of federal prosecutors.

With a glance into my crystal ball, here’s what I see for the future. Florida is done with Internet poker legislation for a while. While the sponsors will still be around and are talented members of the Legislature, the industry’s eyes are on brick-and-mortar casinos at least until 2015. I’m keeping an eye on California as it has the best shot in the near term to legalize statewide Internet poker.

Other than Nevada, no other state has the population base or momentum to move an intrastate poker before 2015. At the federal level, I honestly believe we’re years away from any meaningful federal legislation legitimizing Internet poker. But hope springs eternal; so stay active and let your lawmakers know you’re a poker player and a voter who’s paying attention to their views. While you wait, take good care of your local poker rooms because right now they’re the only truly legal game in town.