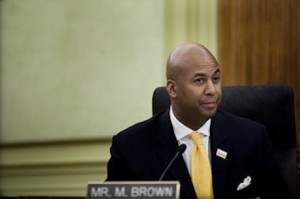 I play (and teach) an aggressive poker game. While I usually err on the side of being tight-aggressive, there are situations where a loose-aggressive style should be mixed in to balance your range of hands in certain situations and to set up plays for later in your session or tournament.

With my general tight-aggressive style, this means I’m pretty much always entering pots raising or reraising. I’m taking the initiative on the flop as I know these things help me take control over the outcome of the hand and give me less reliance on my cards to win a pot. I like to tell my students, “Bet and raise to win and you check and call to lose.”

Playing poker passively just makes it more of a game of luck and much more difficult to win, while playing it aggressively makes it much easier and much more profitable. A key concept for maintaining aggression and profitability that players often overlook is folding.

Folding your hand, at any point in the hand, is often the most profitable (and aggressive) play you can make. This begins with not playing hands that are not likely to be profitable because of your position or based on the action in front of you, so you just fold them preflop.

Alternatively, it may be making a tough laydown postflop where you think you may have the best hand, but the size of the pot is really just getting out of control for the relative strength of your hand. To play a proper aggressive (i.e., profitable) style of poker, you must always be looking for reasons to fold your hand.

If you find yourself looking for ways to justify calling, then you’re playing a game that’s much too loose, much too passive (remember, calling is a passive action), and much too unprofitable. You must be folding, raising, reraising and betting (all of the aggressive actions) most of the time if you want to be profitable playing poker.

I have countless hand examples of disciplined folding, but rather than use explain them here, I’d like to give you a few examples of things you can say to yourself to encourage you to fold and move on so you can find a better situation later.

• If I raise with this hand preflop and I get reraised, I’m going to have a tough time deciding if I should call, fold or reraise. If you clearly know which of these three options you’ll choose, then you should be more inclined to play the hand, even if you know you’ll fold if you get reraised. Folding to a three-bet preflop is something you should do much more often than simply calling a three-bet preflop.

•Man, it seems like he’s bluffing here, but I’m really not sure. And wow, this is a really big pot for me just having top pair. Remember, it’s OK to be bluffed and it’s OK to fold the better hand. You’ll be much more profitable over-folding rather than over-calling.

• I really might be good here (with a mediocre hand), but this guy is not really that good and he will definitely pay me off if I can get a monster hand against him.” Like the last example, this is a situation where your opponent is not necessarily bluffing, but possibly overvaluing his hand because of his inexperience. If your hand is not that strong, just let it go and wait for a better spot, rather than playing the guessing game and calling in the hopes that you are good.
Great players make huge laydowns and often it’s the ones they just make preflop based on position or previous action. Folding is probably the most profitable play we can make at the tables.

Players who are disciplined enough to avoid getting into likely unprofitable situations and make disciplined folds when they find themselves in an uncomfortable or uncertain situation will be more profitable.

When you find yourself in one of these situations, do yourself a favor and start folding those hands rather than calling to figure out what’s going on. It simply doesn’t matter what’s going on at that time. You will have plenty of opportunities to win pots as the raiser and bettor as long as you don’t spew away your chips as a caller, guessing and hoping that you might have the best hand. Decide to Win!

— Lee Childs is a professional poker player and coach. He’s the founder and lead instructor of Acumen Poker and Inside The Minds. Check out his sites at acumenpoker.net and facebook.com/insidetheminds.