The first stop on the tour will be at Seneca Niagara Casino in Niagara Falls, New York, from Feb. 15 to 19, 2012. The $1,500 DeepStacks Poker Tour Western New York Poker Championships will offer a $200,000 guaranteed prize pool and will be televised with award-winning commentator Joe Stapleton alongside analyst and Team DeepStacks Pro Tristan “Cre8ive” Wade.

Season 1 of the North America DeepStacks Poker Tour will also include stops in California, Nevada, Oregon and Quebec.

“DeepStacks has established itself as a leading brand in the poker industry. Now we’re giving players a chance to play against some of the best pros in the world on TV, without having to go broke,” said DeepStacks CEO Chris Torina. “The DeepStacks Poker Tour is tournament poker how it should be — great value, top pros and exciting television programming.”

DeepStacks also named PokerNews as its official media partner for the DeepStacks Poker Tour. PokerNews will provide live updates for every event, including chip counts, photos. hand-by-hand updates, and recaps of every event each day.

“PokerNews is the industry leader in tournament coverage and live updates," said Elaine Chaivarlis, PokerNews editor in chief. "We are thrilled to be the official media partner of DeepStacks Poker Tour and will deliver top-notch coverage of its events. DeepStacks’ ability to bring champion poker pros to play in affordable buy-in events is a big win for poker.” 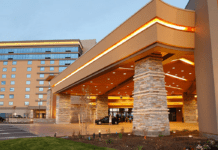