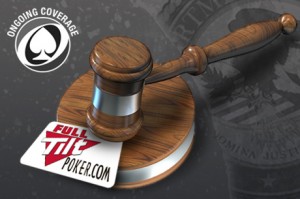 The former PokerStars Big Game hostess chats with Ante Up publisher Chris Cosenzaabout her recent signing with Bodog, those killer 5-inch heels, her annoyance with someother poker hostesses and one of the funniest prop bets she’s ever witnessed. You can also hear this interview in its entirety here.

Given the last time we saw you on TV was PokerStars’ Big Game on Fox, why don’t you catch us up as to what you’re doing these days? That was the last TV that I had done. … It was amazing and really fun. Hated to see it end. But everything happened with the online-poker situation. So I signed with Bodog, which was kinda really lucky for me as a U.S. player. I’m just starting to work for them. I’m excited; I get to play live poker for once.

With the volatile online-poker climate in the U.S., explain how you and Bodog benefit from this relationship. We’re just hoping things get turned around in the U.S. There’s really not much else to hope for. They’re going to let me travel (abroad), quite often. I was surprised myself. I was like, “What is it they want for me?” I can’t really send players their way. I guess just my face and likeness, I did do PokerStars’ the Big Game, will help them out a little. … I have a year deal and hopefully we can keep it going longer than that. I love them.

Online poker has played a huge role in your life. How devastated were you by Black Friday? I was as devastated as anyone else. That’s all I’ve done since I was really young. I played online for a living for a while. … It really sucks. I really wanted the Big Game to last a long time; it was a really great show. It was heartbreaking, that’s for sure.

Have you ever fallen off any of those skyscraper high heels you wear? Your bio says you’re 5 feet tall, but those bad boys gotta make you like 6-2! Oh my God! I can tell you a funny story actually with that! We were filming the Big Game this last season and Jennifer Tilly was playing. And she’s talking to me whole time and I’m sitting on my couch. I have these huge heels on, like 5-inch heels or whatever, and she asks me if I want to come over to the table and get a piece of candy from her. And I’m like, “Yes, of course!” I hadn’t eaten all day. The producer in my ear says, “Go, but you have to go fast; you need to run over there because we really don’t want this part on camera.” So I run, literally. I try to run; I fall out of the heel; I carry it in my hand, hop over to the table and grab the candy. … It’s supposed to be on some blooper reel. I fall in those things all the time. They are really high! (laughs)

Unlike most poker hostesses, you actually have some poker chops, cashing in the WSOP ladies event in 2008. Is it annoying most hostesses have poker questions fed to them from producers through earpieces? Of course. I’d always gotten a little annoyed. Even before the Big Game when all I wanted was a TV job (I did Season VII of WPT, which was amazing, but) I was like, man, why am I not getting these TV jobs when these girls have to have these questions written down for them, and then they still can’t even say it! (laughs) It’s a little irking. Sometimes they want a model look. But I’ve been playing poker my whole life and I think it’s definitely helped to my advantage.

You also have been known to hang with these guys when the poker is done. What’s the oddest prop bet you’ve ever seen go down? Oh God! Joe Sebok tends to do really ridiculous things, especially when he’s drinking with Gavin Smith. So Joe, Gavin and Jeff Madsen decided at the WPT Commerce a couple of years back, whoever busted out first had to get the other guys’ face tattooed on their body. … I hate that they can buy out of these bets, because that would have been hilarious. … But I guess I wouldn’t want Gavin’s face on me either. (laughs).