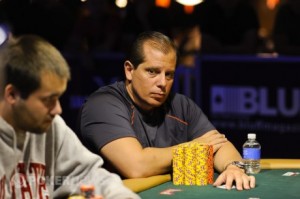 As poker has grown in mainstream popularity over the past decade, more individuals have attempted to capitalize on its growth. In states where commercial gaming hasn’t been legalized broadly, players hungry for games close to home have used creative arguments in the hopes of establishing local poker rooms. A recent New York case is an example of such an effort. Unfortunately as I have mentioned in prior columns, judges are not quick to embrace such creativity.

In 2005, a group in New York organized a 501(c)(3) not-for-profit corporation called AK Tournament Play Inc. The stated goals of AKTP were, according to its filing documents, to pursue recreational tournament-style Texas Hold’em.

By November 2006, the group rented space in a commercial building in Wallkill, N.Y., and began hosting poker tournaments to its “members.”

To become a member of the AKTP, a player was required to pay a $75 annual fee, and membership was open to the public. At the height of its operation, the AKTP had about 130 members.

This rapid growth was to be short-lived, as authorities raided the premises in February 2007, leading to the eventual dissolution of the company and the cancellation of tournaments. AKTP sued the Wallkill and its building inspector, alleging the defendants had violated AKTP’s First Amendment right to “freedom of association.”

By way of background, the U.S. Supreme Court has identified two types of “freedom of association” claims available under the First Amendment of the U.S. Constitution that merit protection: (i) choices to enter into or maintain certain intimate human relationships and (ii) association for the purpose of engaging in those activities protected by the First Amendment.

Basically, to win its lawsuit the AKTP would have to prove playing tournament-style Texas Hold’em was related to an intimate human relationship (which would be almost impossible and in many respects laughable from a proof standpoint), or the more likely option that poker players associated for the purposes of “peaceably assembling.”

Interestingly, as the challenge was considered, the reviewing court did not immediately throw out the argument and conceded playing poker in this fashion could ultimately be a legal activity. The New York court stated, “while the Court takes no position on this issue generally, … the Court assumes that Plaintiffs’ poker tournaments are permissible.”

Unfortunately, the First Amendment arguments ultimately didn’t hold water as the court held the AKTP failed to identify or plead any of the qualities that would justify affording AKTP’s recreational poker-playing activities constitutional protection under a “freedom of association” claim. For example, AKTP did not “allege that Defendants attempted to break up their families or intimate social circles” or “show that their poker-playing should be protected as ‘expressive association.’ ”

In the eyes of the court, the potential camaraderie between poker players is no different than any other bond between gamblers, like those who enjoy playing bingo or betting on jai-alai. In this case, “as with bingo, any communications that may take place during Plaintiffs’ poker tournaments are ‘singularly in furtherance of the game’ and ‘totally divorced from a purpose of expressing ideas, impressions, feelings or information unrelated to the game itself.’ ” In its summary of the case, the court concluded table-talk “discussions of whether to ‘hold’em’ or ‘fold’em’ are not protected by the First Amendment.”

The lessons to be taken from cases such as this are that poker players certainly don’t lack for creative arguments and that courts are not the best place to push the envelope on gambling laws. For players in search of games, keep in mind the vast majority of games conducted outside of state regulated casinos or cardrooms are illegal. Your host may have a great argument or rationale as to why their game is legal, but ask yourself this simple question: Would you let them play your cards and your bankroll at a table? When you play games outside of regulated facility, always remember you’re rolling the dice that can cost you your bankroll, and your freedom.