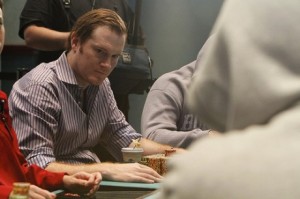 On Sept. 20, the United States amended its complaint against PokerStars, Ultimate Bet, Absolute Poker and Full Tilt Poker to include counts relating specifically to the business operations of Full Tilt Poker, with the U.S. Attorney alleging that the company and its directors operated a “Ponzi scheme.”

The allegations raise serious legal issues against Raymond Bitar, Chris Ferguson, Howard Lederer, Rafael Furst and an unidentified defendant referred to as “Player Owner 1.” Rumors and gossip have swirled on poker blogs and other websites, but one legal question remains unanswered: Was FTP really a Ponzi scheme?

The Security and Exchange Commission defines a “Ponzi scheme” as an investment fraud that involves the payment of purported returns to existing investors from funds contributed by new investors. Though there is not one specific set of plans followed by every operator of such a fraud, Ponzi scheme organizers often solicit new investors by promising to invest funds in opportunities claimed to generate high returns with little or no risk.

These types of fraudulent investments are similar to pyramid schemes, which are outlawed by state law. For example, Florida law provides that any operation whereby a person pays or makes an investment of any kind in excess of $100 and acquires the opportunity to receive a benefit or thing of value which is not primarily contingent on the volume or quantity of goods, services or other property sold in bona fide sales to consumers, and which is related to the inducement of additional persons to participate in the same operation, is a lottery … and a first-degree misdemeanor.

A fact that will be highlighted in detail later, the SEC’s definition further provides that “the fraudsters focus on attracting new money to make promised payments to earlier-stage investors and to use for personal expenses, instead of engaging in any legitimate investment activity.” Ponzi schemes can continue to operate for long periods of time, so long as new investors continue to bring fresh infusions of cash. Bernie Madoff, perhaps the most infamous Ponzi schemer of all time, operated for 10 years before the financial crisis revealed his fraud. As the SEC puts it, “Ponzi schemes tend to collapse when it becomes difficult to recruit new investors or when a large number of investors ask to cash out.”

According to the allegations made in the amended complaint, FTP defrauded its players by paying hundreds of millions of player funds to FTP owners while misrepresenting to players that funds credited to their online player accounts were secure and segregated from operating funds. The allegations further provide that FTP used player funds to maintain a steady flow of payments to its owners, totaling more than $443 million from 2007-11. A balance sheet provided by FTP in March 2011 showed worldwide player accounts payable totaling $390,695,788. In the report, FTP showed only $59,579,413 in its bank accounts, a shortage of more than $330 million.

If you’re wondering where all the money went, the U.S. government alleges that you look no further than reruns of WSOPs past. It is alleged that in the past four years, Lederer received $42 million, Ferguson received $25 million (and was owed an additional $60 million), Bitar, FTP’s CEO, received $41 million, Furst received $11 million and Player Owner 1 received $40 million.

So here are the basics of the alleged fact pattern: FTP operated its business under the assumption that it would be able to expand and attract new players in perpetuity. This assumption led to enormous payments to its owners, $443 million over a four-year period. During the same time, federal crackdowns on Internet gambling transactions made it difficult for FTP to apply player deposits to its bank accounts, leading to huge shortages, even as new players logged on to the site and were credited with funds. The entire house of cards collapsed on Black Friday, when FTP was no longer able to add new accounts and the “scheme” was unveiled when it was unable to pay its players.

If these facts are ultimately proved true, some of the biggest names in poker could find themselves sharing time in close proximity to Madoff and other prominent fraudsters. Since Black Friday, not a week goes by where I’m not contacted by online poker players looking to see what rights they have to the money that they had on “deposit” with online poker operators. My advice to these players has been to treat it like a pair of black aces in the hole staring at four suited red cards after the turn and a big bet from across the table. You could stay in, but you’re likely throwing good money after bad. Since the “Ponzi scheme” indictments and realization that there’s less than 20 cents on the dollar available, those funds are now paid tuition for a difficult lesson learned. In the future, if you play online, keep your accounts lean; and if you are killing at those virtual tables, remember the adage, “if the returns are too good to be true, they probably are.”