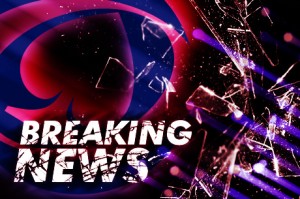 The Business of Poker column debuts in perhaps the best month in recent history to discuss just that — the business of poker. Since Sept. 20, the poker world has been consumed with discussing the demise of Full Tilt Poker, once a leader in the online poker community and now its leading pariah.

On our weekly Ante Up PokerCast and in numerous radio interviews since the day U.S. Attorney Preet Bharara alleged that Full Tilt executives were engaged in a “Ponzi scheme,” I’ve pleaded to listeners (and now to readers of this column) to strip away the opportunistic grandstanding Bharara has been doing and focus on what we know. I believe what we know is quite damning enough to justify the anger thousands of players have for Full Tilt, and offers us some lessons on the overall business of poker.

I don’t believe Full Tilt ran a “Ponzi scheme.” What Bharara has alleged is fraud. That should be sensational in its own right. Bharara knows you don’t make big enough headlines by alleging mere “fraud,” but in the shadows of Bernie Madoff, if you call something a “Ponzi scheme,” it perks up the antennas of the mainstream media and Tom and Judy on Main Street America. And if you can get thousands of poker players to blindly buy it, too, well, gosh, you’re halfway to making sure online poker is never regulated in the United States (more on that later).

But back to what we know, which is that when the Department of Justice allowed Full Tilt to pay back its players, the online site could not. To me, that’s all I need to know. Whether it was because of fraud or a looting of the company by key execs is for the courts to decide. All I need to know is at the very least Full Tilt got burned taking a large risk, and thousands of its customers have been left holding the bag for it. That one fact offers us several lessons on the future of poker.

1. Firm, but fair, regulation is a good thing
Almost immediately after the Sept. 20 announcement, the Alderney Gambling Control Commission, the Channel Islands agency that licensed Full Tilt, revoked FTP’s online poker license. Immediately, I wondered how much oversight the commission actually held over Full Tilt or other sites under its purview. I wasn’t alone.

Antanas “Tony G” Guoga, a poker pro and primary shareholder of PokerNews, said he’d pursue legal action against the commission for not properly regulating Full Tilt. That issue aside, the AGCC specifically allows its licensees to combine player funds with operating funds, though it does insist the licensee retain enough money to cover all liabilities. Other online regulatory agencies insist funds be segregated, which provides far more protection for player money.

I’ll be the first to claim many of the regulatory bodies overseeing U.S. brick-and-mortar poker rooms overstep their authority. These bodies are charged with enforcing state and tribal regulations and protecting players, but yet often step in to thwart player-friendly efforts, such as sanctioning badugi to be dealt, or allowing satellites for Ante Up Poker Cruise packages or permitting temporary tournament tables.

But protecting players, and their money, is the ultimate goal, and if they can’t do that, then they shouldn’t do anything. The Full Tilt debacle hopefully will reinforce player safeguards online and live but, unfortunately, will likely embolden agencies to regulate more where they shouldn’t. That’s not only costly for operators, but for players as well.

2. We need regulated online poker
Most poker players have been lobbying for this for some time. Those who preferred the status quo likely have changed their tune since the status quo was obliterated on Black Friday.

The Full Tilt meltdown shows how important it is for players to have a proper path to recourse, however Bharara’s crusade may be successful in using Full Tilt’s failings to prevent Americans from playing online poker ever again. But here’s why we need regulated online poker in the United States:

• Players in many jurisdictions don’t have brick-and-mortar poker, and everyone should have the opportunity to play the game the way it’s meant to be played.
• Without it, interesting and challenging games such as stud, Omaha/8 and draw poker will continue to die, leaving us with only the one-dimensional no-limit hold’em.
• Brick-and-mortar rooms need it to keep interest in poker alive and to develop new players.
That last one is interesting, and probably a little surprising to some readers. After Black Friday, the consensus was that brick-and-mortar rooms would benefit handsomely. Many of the managers I spoke with were more reserved in their projections, and the numbers prove that.

Of eight states that prominently post poker revenues on their website, four (Colorado, Illinois, Pennsylvania and South Dakota) saw increases from March, the last month before Black Friday, and August, the most recent month for which figures are available, while four (Florida, Indiana, Iowa and New Jersey) saw decreases.

Overall, the poker revenue in those eight states dropped from $27.7 million in March to just less than $17 million in August. Admittedly, this is a crude comparison, as seasonal and tournament factors can skew the numbers, but I believe we can safely say Black Friday was not a boon to live poker.

The longer we lack the low-cost, less-intimidating feeder system of online poker, the more live poker will suffer.

3. Take a stand to ensure poker is fair
There’s little debate Black Friday was a wake-up call to lots of players. Some who have never been to a ballot box started writing congressional representatives, and plenty of others took to forums to decry the surprising loss of their freedom.

I suspect momentum will not wane until we have regulated online poker in the United States. But interesting to me was the seemingly lack of motivation before Black Friday. While it’s hard to criticize players for not digging deep into the details of online gaming regulation to see that Full Tilt was not required to segregate player funds from operating funds, thousand of players were aware they were playing with money on the site that was never withdrawn from their bank accounts.

Certainly some were curious about it, but I think we can agree not enough were, or the underlying problems at Full Tilt would have been uncovered well before Black Friday. Let’s not forget, online players ferreted out the details of the Ultimate Bet scandal, so collectively we can be our own best police force. Hopefully, we will again going forward.