Be sure to measure your ability honestly 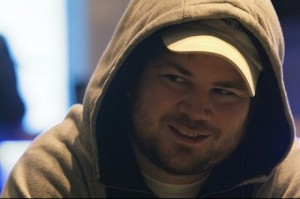 A wise man once said, “You’ll be judged by what you accomplish, not in what you attempt.” Most players I know think of themselves as good players, some with large egos consider themselves great players primarily because they’ve played for such a long time. Longevity in poker doesn’t equate with greatness. I’ve known many lifelong players who were always broke.

The perception of being a good or great player is truly a self test. This test is seldom if ever taken by self-proclaimed good or great players. Truly great players are consistently testing themselves by measuring their accomplishments, not their attempts.
How do we as players measure greatness in a player? On the national level in tournament play we count bracelets, player-of-the-year honors, main-event winners and major tournament wins.

Doyle, Johnny and T.J., we need only mention their first name and measure their accomplishments to determine their greatness. Others such as Daniel, Scotty, Gus, Eric (and too many more to mention) surely expect more of themselves to be considered in this elite field. They’re surely among the most talented players who all aspire to achieve greatness.

Greatness in a player is the capacity to see many things in a hand where the ordinary player sees only one, and where the player of talent sees two or three, plus has the ability to register that perception in the material of his game.

You however don’t live on the national level. What then do we do to measure ourselves as good or may I be so bold as to say a great player?

We measure our accomplishment on a daily basis. It’s really a simple process. To begin with you must be honest with yourself (a somewhat difficult task for the ego-stricken player).

Ask yourself where you feel most comfortable playing, cash games or tournament play. Once you determine honestly where your strength is you’re headed in the right direction. Try to avoid the trap of saying, “I really like both.” Concentrate on your strength. Seldom will you find a player who’s good or great in both.

Next read every book or article on the game. Devoting many hours to your strength will only make you stronger. Tom McEvoy, the 1983 WSOP main event champion, reads every book he can get his hands on and has written more than a dozen books to help aspiring players.

Knowledge is currency in today’s poker world. McEvoy won the 2009 Binion Cup by defeating 19 world champions to capture the winner-take-all prize of a vintage 1970 Corvette. My point? If he continues to read and study to get better, then shouldn’t you?

Record-keeping is an important component to achieving good or great play. Average players work out of their pocket, which is to say they don’t keep track of their money. Whatever is in their pocket is their record. Keeping a journal of your play separates you from the average player.

Most players play in the same casino or cardroom, seldom changing venues, thus they establish a reputation that becomes the perception of the opposing players. This reputation goes far beyond a table image.

Every opponent sees you in a certain light. Changing a poor reputation is a difficult task that often requires you to change venues and play as an unknown factor in a new arena. Everyone knows who the losers are; they also know who the winners are. Again, honesty comes into play.

Good and great players command respect; they have an aura about them that can be seen and felt from across the room. They strike fear in opponents when they push a large bet into the pot. Where does this aura come from? It comes from the perception of being a winner.

Don’t fool yourself into thinking you’re a good player because you beat the local yokels. Remember, “You are always measured by your accomplishments, not your number of attempts.”

— Antonio Pinzari is the former host of Poker Wars and has been playing poker professionally since the ’70s.