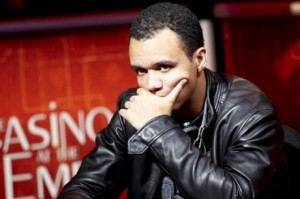 Last month Ante Up Las Vegas Ambassador Michael Hamai highlighted the best tournaments in Sin City for less than $100. Here are some tips for beating these low buy-in tournaments the next time you’re in Vegas. And of course the concepts are applicable to any cheap daily tournament in your local cardroom.

For starters, you’re not going to get nearly as much play in a low buy-in tournament as you would in a World Poker Tour or World Series of Poker event, but that’s to be expected. Though the percentage may be smaller, the runners in those events are paying significantly higher rakes in terms of actual dollars, so they receive more chips and longer levels in return.

Every aspiring tournament player should read Harrington on Hold’em by former world champion “Action” Dan Harrington. It’s one of the most insightful books written on tournament theory. Harrington discusses a number of concepts, including the importance of playing quality hands. In short, he advocates a fairly tight approach to tournament hold’em with strict starting hand requirements in early position.

Another good book is the Full Tilt Poker Strategy Guide: Tournament Edition, featuring essays from several top professionals such as Howard Lederer, Chris Ferguson and Ted Forrest, who illustrates the power of aggression in tournament poker. Aggression is an important aspect of success for any form of poker (even Harrington advises to be aggressive when playing a hand) but Forrest takes the idea to a new level with a hyper-aggressive style.

Harrington and Forrest represent different approaches, both of which can be effective when applied correctly. However, when it comes to cheap tournaments you’ll have to strike a balance between these extremes if you hope to do well. Blinds are increasing too quickly for you to wait for the hands Harrington recommends and you won’t receive enough starting chips to make the kinds of plays Forrest describes because one failed steal attempt can leave your stack severely depleted.

Here are a few more tips:

PLAY ABC POKER: The vast majority of the players you’ll face in these tournaments are unsophisticated, so you’re going to have to show the best hand most of the time. Don’t worry about making a ton of moves because you can’t bluff a bad player (especially one who calls all the way to the river with bottom pair), but be sure to value-bet relentlessly.

KNOW YOUR ENEMY: A lot of opponents will play any ace, any two face cards or any two suited cards for a raise regardless of position or the action in front of them, so don’t be surprised if you make a 5X raise with pocket aces and get four callers. Their betting patterns also tend to be fairly straightforward, so it should be obvious when they have the goods because they’ll suddenly go from passive to overbetting.

Think of it as an online tournament at the micro-stakes. Online poker is known for playing higher. For instance, if you entered a $60 online tournament, you’d find yourself facing off against some highly seasoned pros.

Conversely, a typical casino tournament has a lot more in common with a $2 online turbo. Granted, you generally start with only 1,500 chips and blinds go up every 5-10 minutes, but you’re seeing twice as many hands per hour and, like a casino, the most of your competition is made up of casual players.

In conclusion, it takes a different kind of strategy to beat a cheap tournament than it does to win the WSOP main event. Poker pros write books on how to succeed in the kind of high-stakes, deepstack competitions you are used to watching on television, so take their advice with a grain of salt.

And if you’re fortunate enough to cash in one of these tournaments, remember your dealers. Like the poker room, dealers make most of their money at the cash tables, so be sure to thank them for providing you with a few hours of no-cost entertainment and the poker gods will repay you with good card karma later on.