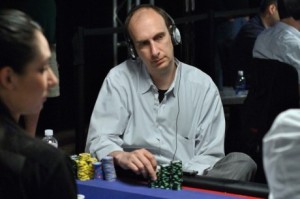 Do you remember the first time you ever stepped into a poker room? I remember mine. Nearly ten years ago, I made a four-hour trip across the state line to the Twin Cities in Minnesota, home of Canterbury Park and its 34-table poker room. The trip proved to be both an educational and expensive. After a five-year hiatus, I’ll be returning to the place where it all began for Canterbury Park’s Fall Poker Classic (FPC).

This year, the Fall Poker Classic features 32 events spread across 16 days, culminating in a $1,000 Main Event. In addition to the normal no-limit hold’em tournaments, the FCP features 7-card stud, Omaha, ladies NLHE, seniors NLHE, six-max, and an “All-In-or-Fold” tournament, where the only choice players can make each hand is to go all-in or fold. I’ll be playing quite a few events, but I must admit, the last one has the potential to be the most enjoyable.

For a look at the entire Fall Poker Classic Schedule, visit Canterbury Park.

Recently, Canterbury, which is regulated by the Minnesota Racing Commission, was closed during the 20-day Minnesota government shutdown. Needless to say, that hurt business, and I’m curious to see how it’s recovered.

Another thing I’m eager to check out is their “Survival Tournaments," Canterbury’s solution to not being able to play no-limit/pot-limit poker. State statues prohibit such games, leaving just limit poker as an option. Considering that no-limit is the game of choice, Canterbury has been missing out on an entire demographic of poker player. Now, Canterbury has figured out a way to combine its relaxed tournament regulations (they can host no-limit/pot-limit tournaments) with the thrill of a cash game.

We spoke with Michael Hochman, Senior Director of Card Casino Operations at Canterbury, about the upcoming FPC, what to expect, and clarification on how poker works in Minnesota.

Canterbury Park was closed during the Minnesota government shutdown. How come?

In the most strict interpretation of the law, and although it is fully funded by Canterbury Park and Running Aces, the Minnesota Racing Commission (our regulatory body) has some reimbursements out of the general fund. Even though what the general fund pays out we pay in, the judge interpreted the MRC as a government agency that had to be closed during the shutdown. Without our regulators, we could not operate and had to close our doors and temporarily lay off all of our employees for 20 days.

Did it hurt business? If so, in what ways? How did players and staff respond?

We were completely shuttered for 20 days — it obliterated business! Canterbury Park, and CEO Randy Sampson, did everything possible to petition the courts and offered up many solutions to try and get us opened again, and did an amazing job of keeping great communication with all the staff. We’re like family. When the 20 days were over and we were allowed to open again it was like a reunion — hugs from fellow staff and the players. Naturally the staff and players were disappointed, if not outraged, at having to close.

Minnesota does not allow for no-limit/pot-limit games. How does Canterbury Park deal with this law? Are there options for NLHE/PLO players? If so, could you describe them for us?

Annie Adlin, our resident genius in the poker department, came up with a way to play timed no-limit games under our existing tournament rules. Player’s buy in for $200, $300, up to $2,500 and are issued the same amount in tournament chips. We play a tournament for two or three hours (predetermined) and at the end of the tournament we pay off chip-for-chip. Basically it’s a timed no-limit game where the blinds move up once during the tournament. We call those our Survival tournaments and they’ve become quite popular!

The FPC is one of the biggest tournament series in the Midwest. What sort of things do you do to prepare, and what can participants look forward to?

This is the first year I’ve had the privilege of setting up the FPC — and it’s an undertaking! We hire about 23 dealers from all over the USA specifically to take care of our tournament. We do a complete transformation of our track-level area and turn it into a nice comfortable 33-table tournament area. This year we’ve added a few new events: more mix-game tournaments, an All-In or Fold tournament, and we’ve added smaller events every evening at the $100 level. We’ve also added some local restaurateurs to show off their talents. We’re doing a different buffet every night of the tournament and about six of those nights will be prepared and served by local restaurants!

Can we expect any pros in attendance?

One can never tell! We’ve had Phil Hellmuth, Men Nguyen, Susie Isaacs, Jason Senti, Mike Sexton, Linda Johnson, Jan Fisher, Marcel Luske play in our events in the past. All the local talent will be out, that’s for sure!

Can you give us a brief history of the Fall Poker Classic? When did it start, what was the biggest event, and have there been any notable winners?

We did our first Fall Poker Classic in 2001 and had a total prize pool of just under $200,000. It has gained in popularity every year since, and last year our total prize pool was almost $1,000,000! We have actually had one player win the main event twice. Notable winners? They’re all notable! But Brad Berman took down the main event in 2006 and again in 2009!

In addition to poker, what other sort of things are there to do at Canterbury Park?

What would you want to do other than play poker during the Fall Poker Classic? We do have year-round simulcasting if you like betting on horses, from all over the world, we have a 27-table pit with baccarat, blackjack, pai gow poker, Ultimate Texas Hold ’em, Three Card Poker, Four Card Poker, Blackjack Switch, and Let It Ride, and food service 24/7. The live-action in the poker room has limits from $2/$4 up to $30/$60 and the Survival tournaments spread around the clock.