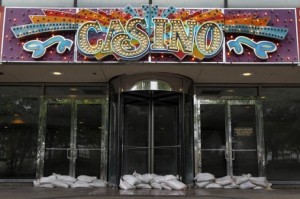 One of the many perks of writing in the poker industry is being able to review all the latest poker books. As someone who constantly strives to improve his game, I look forward to seeing whether or not these books provide new learning opportunities and weapons I can add to my poker arsenal. However, I read every book, especially those focused on strategy, and take the advice with a grain of salt. After all, it seems as though everything that can be written about poker has already been written a dozen times. As such, I was extremely skeptical when I got my copy of Jonathan Little’s Secrets of Professional Tournament Poker (SOPTP) Volume 1.

Given that this is the first volume, you’ve probably already deduced there is a series of books. This is true in that there is a planned series, but this is the only volume that has been released. Volume II will be released in November. In SOPTP, Little focuses on the “fundamentals and how to handle varying stack sizes,” revealing many of the strategies and tactics he has used to find tournament success.

With more than $4.6 million in lifetime earnings, as well as being the World Poker Tour Season VI Player of the Year, Little has the experience to dispense poker advice. For those reasons, and the fact that he personally wrote every word in the book, I had to give SOPTP a fair shake. “This book is meant to be the definitive book on tournament poker,” Little says in the introduction. Unfortunately, it’s too premature to determine whether or not that claim holds water (it is only Volume 1, after all), but I would say that Little is off to a good start.

First, SOPTP is very well written. Little obviously has a natural ability to transfer complex concepts and thoughts to paper in an uncomplicated manner. Reading the book became a personalized and focused affair, almost like having Little mentoring you right at the table. The author’s ability to connect with the reader is refreshing. Instead of telling you what to do, he simply explains what he does and why. By offering his opinions and by challenging readers’ misconceptions, Little educates by using the Socratic method, which proves to be quite effective in this case.

Much of the material in the book can be found in any poker strategy book (postflop concepts, playing the flop, etc.); however, it is the attention to detail that makes SOPTP worthwhile. Little breaks down each of these “umbrella” concepts into more specific notions. For example, when discussing “playing the river,” which many books present as being simple and straightforward, Little breaks it down into ten plays, from “calling when you think you are beat” to “not putting your opponent all-in.” Coming from someone who has covered dozens of poker tournaments, I can tell you that what separates top pros from the masses is the attention to detail and understanding the decision-making process. Little is one of these pros, and as the title suggests, he is willingly sharing his secret to get you to that level.

Here is a quick look at some of the sections in SOPTP:

These sections were particularly effective in grabbing my attention. Some of them, such as "Image" and "Making Friends at the Table," are concepts that I’ve heard before but tend to overlook. Likewise, there were some gem sections in the “Miscellaneous” chapter, including “know what you are inducing,” “advertisement plays,” “fancy play syndrome,” and “give the illusion of fold equity.” Many of those topics, as well as others scattered throughout the book, are the sort of things commonly found in online forums and message boards, which is no mistake.

Admittedly, Little patrolled the forums and used them to cultivate his game. In fact, he credits the forums for much of his success. Working in the poker industry, , too, occasionally peruse the forums, and while there is a ton of frivolous information floating about, there exists some very useful information. I believe that past discussions in these forums have radically changed the game by thoroughly educating those who play it. With forums, the problem is wading through the crap to get the good stuff. Luckily for readers, Little has brought together many of the forum gems into a convenient text. Believe me when I say that reading the book will save you hours surfing futile threads.

Finally, Little’s decision to incorporate hands and stories from his various tournament experiences, primarily his big WPT wins proved entertaining and helped break the monotony that often accompanies strategy books. Not only that, Little uses them appropriately, always employing them to help enforce a point.

If you’re looking to improve your game and pick up a book that can help you do that, then give SOPTP a try. It’s not a book that is going to revolutionize poker, but Little has stayed true to his word and gathered all the pertinent information you need to succeed in tournament poker. It is a solid text, and well worth a read. I look forward to Volume II, and I think you will, as well.

To get your copy of Secrets of Professional Tournament Poker, visit Amazon.com today.

Have you read Secrets of Professional Tournament Poker by Jonathan Little? If so, give us your thoughts in the comments section below. In the meantime, be sure to follow us on Twitter and like us on Facebook.