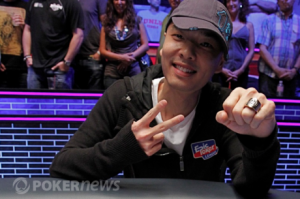 Editor’s note: Every once in a while a reader will ask one of our columnists for advice. Here is one of those occasions:

Steve, thanks for following my column, my brother!

I’d like to start by talking about win rates. An average solid-tight aggressive player should expect to earn between 3-6 big blinds per hour while playing live $1-$2 NLHE. The games are easily beatable if you don’t tilt much and play straightforward ABC poker. That being said, there are exceptional players who consistently crush these stakes for 10-15 big blinds per hour over large sample sizes.

I’ve maintained a win rate like this for the past year while playing regularly.It’s realistic to expect to earn $1,500-$3K a month playing $1-$2 on a regular schedule. To bank this kind of cash you need to make sure you keep an eye on the small things, such as overtipping cocktail waitresses and dealers. I usually tip $1 or $2 per pot depending on its size. When I see hotshots with sunglasses tipping $10 a pot I laugh because I know for sure they’re not pros.

Also, try to bring a water bottle to the casino, which you can fill up at a fountain. It sounds silly but trust me it’s huge in the long run.
Here’s a quick breakdown of the numbers. One bottle of water per session: $1. Tipping an extra “few” bucks per pot, $3/pot. You’re playing eight-hour sessions so you can safely assume you’re winning a decent amount of pots. Now if you play more aggressively you win more pots. Let’s say three pots an hour, which is conservative. If you tip $3 instead of $1, that’s an extra $48 plus $1 is $49 per day, and that works out to $245 per week, $980 per month or $11,760 per year!

That’s not even counting a high relative rake plus a bad-beat jackpot drop. Basically if you don’t manage these micro scale expenses there’s absolutely no way these stakes can be profitable for you.

Lastly, it may or may not be better for you to move up to $2-$5. While you may be able to beat both games, your win rate may be smaller for $2-$5, thus making it more profitable as opposed to playing $1-$2. I know for sure that I can beat the $2-$5 games where I play. I tend to play $1-$2, though, because I can crush the game for an absurd win rate and make more money than if I would’ve played higher. It takes discipline and a lack of ego to continue playing smaller, but in the end it’s about making money and if it means sacrificing my ego to make money, I’ll do it because money is cool. Therefore I am cool. By letting go of your ego you in turn become the man, it’s Zen in a nutshell. I should’ve gone to school for philosophy not business. Until next time.

— Mike Wolf is a professional poker player who spends his time on the road. Follow him on Twitter (@mikewolf7) or on surebetpoker.net.