Image, position matter most in poker 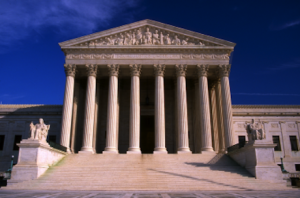 Editor’s note: This is one in a series of poker-book excerpts Ante Up will be publishing. The following is from Jonathan Little’s Secrets of Professional Tournament Poker, Vol. 1.

Most poker books give a detailed chart of which hands to play. Well, I hate to break it to you, but there isn’t really any great chart to define which hands are playable before the flop if you plan on playing a relatively loose and aggressive style, as any hand can conceivably be raised from any position, especially with deep stacks. This may sound crazy, especially since I just talked about how small preflop mistakes can compound into huge errors, but it is true.

If you know how to play well both before and after the flop, you will find that your cards don’t matter that much. However, you should tighten up before the flop as stacks get shorter because you will have fewer ways to outplay your opponents after the flop. Also, if most of your opponents are good players, you should be a little tighter than I suggest here, as you will pick up fewer pots both pre- and post-flop than from weak opponents.

All hands listed in the rest of this chapter are assumed to be opening hands, i.e., everyone has folded to you, and you raise before the flop. I do not suggest open-limping any hands preflop. There is always value in just raising and picking up the pot preflop. Limping negates that edge. While you may play a fairly wide range of hands preflop, you must be careful not to put a lot of chips in the pot with a bad hand. When risking small amounts of chips, your hand doesn’t really matter, but you need a monster if lots of chips go in the middle.

From the cutoff, the position to the right of the button, I will raise an even wider range, including 2-2+, A-2+, K-7+, Q-9+ and offsuit connectors and one-gap hands down to 7-5o. You can raise pretty much anything from the button, although I shy away from hands like J-2s, Q-3, K-2, 10-4, 7-2 and other unconnected low cards. I fold suited hands if they are not connected in any way and have no high-card value.

From the small blind, I tend to raise the same range of hands as in the cutoff. I will be out of position throughout the hand, so I can’t play total trash hands. You want a hand with some value so you can continue on most boards postflop. From the small blind, you should constantly pay attention to who is in the big blind and how that person plays against you. If he’s tight, feel free to raise every hand. If he calls or reraises every time you raise, then tighten up.

If players are loose and aggressive behind you, you should tighten up your ranges, especially in middle and late position, because you will have to play many more hands postflop. If you know someone will call when you raise hands like K-5 from the button, you will do better by just folding, especially against someone who is aggressive after the flop. You will also need to play tighter as your skill advantage diminishes. The only time you can profitably play loose preflop is when you have a significant post-flop advantage over your opponents.

I use my best judgment when deciding which hands to raise before the flop. I’ll tighten up if I think I’ll be reraised wide, and if I am playing with a table full of tight players, I will raise any two cards from late position. In general, if most players are not scared to call a raise before the flop, you should be sure your hand has some value.