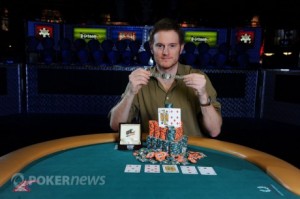 Over a 35-year career I’ve played with the world’s greatest players and have experienced just about every type of player during this period. However today’s players are different and it got me to wondering: Is rational poker gone forever?

I recently played in the Florida Millions Day 1 event at Mardi Gras Casino in Hallandale, Fla. I was at a table that was a perfect mix of young and old players, which is common in South Florida.

I like to really study my opponents, which I call the neighborhood, and this type of table affords me a great comfort level of play, based on the fact that most older players play tight, while young players employ an aggressive style.

This is a general rule that gives me a starting point until the table shows itself based on each opponent’s playing style.
There was a young player (18-20) playing a super-aggressive style, one I haven’t seen often. He would raise preflop regardless of his position 3-5 times the big blind every hand. I know what you’re thinking: He could never have done that. But he did! How could this style ever be played during a tournament?

Could I find a successful way to play against this super-aggressive young player? When someone played back at him after the flop he would vary his betting pattern (as if there were one) and seldom would see the turn if opponents bet into him.

He ran over every player’s blinds every hand; there was a uncomfortable feeling in each player’s facial expression each time this kid raised. I found this to be a great help to my game since every other player was uncomfortable.

I was determined to bust him even if I had to gamble with him and put my chips at risk. However there was a bigger strategy; since every player was annoyed by this young player’s action I knew I could put this to good use to acquire more chips when the Kid wasn’t going to be in the hand after the flop.

So I raised after the flop every hand I played; the Kid would fold and I would be heads-up with a decent hand and bet my way to winning the pot. I adapted a semi-postflop aggressive betting pattern based on the Kid’s super-aggressive style of play. This allowed me to acquire a nice comfortable stack and I seldom had to show down a hand, which is wonderful for a table image.

I was lucky to wake up with a

in the big blind and of course the Kid made his preflop bet five times the big blind, which I called. The flop was

, I checked and the Kid bet two times the size of the pot. I called.

The turn was the

, which gave me the nut-flush draw (what a great card) and protected my kings. I checked and the Kid bet again; a big bet for most of my stack (I hope he doesn’t have K-Q), which is starting to make sense since he is betting a little differently now. As I said I’m willing to gamble to bust the Kid. This time I don’t call; I go all-in and he folds.

As play progressed the Kid would win a hand and recapture most of the chips he had lost using the super-aggressive style of play. This would keep him in the game. After making so many bad plays he would win a hand and be rewarded for this bad playing style. There is an old adage; “Even a blind squirrel finds a nut every now and then.” I hate to think what he would do if he got hit with the deck. I’m sure there would be no stopping him. Well I didn’t bust him, but I did cripple him. Our table broke and I saw that he was out rather quickly after breaking our table.

I guess rational poker may only be rational if you’re able to apply some logic to a super-aggressive style of play. Don’t be afraid of this player; simply wait until you’re able to use their style against them. Remember a bully or aggressive player doesn’t like confrontation. PLAY BACK AT THEM HARD! Run them over and they will run away.

— Antonio Pinzari is the host of Poker Wars Live, which airs Mondays from 7-9 PM (ET) on WBZT-AM 1230 Radio from West Palm Beach, FL and streams live at www.pokerwars.info.