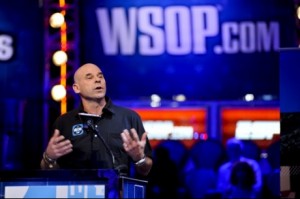 On Friday April 15, 2011, the poker world changed forever. The actions taken by the U.S. Department of Justice on Black Friday shook the poker landscape in America, leaving everyone clueless as to what would come next.

For most, the first true litmus test would come at the 2011 World Series of Poker. There, we would find out whether or not players still had sustainable bankrolls, were willing to grind, and amateur players could lift the load in case a majority of online players couldn’t play because (1) their net worth is frozen, or (2) they are from overseas and would rather grind online than come and play the bracelet events.

Well, if the first 23 events are any indication of what’s to come this summer, then it is apparent that Black Friday will have very few, if any, negative effects on the WSOP. The Main Event could very well be a different story, but take a look at the overall growth of the Series over the first two weeks.

Only six of the first 23 events have seen a decrease in participation, and some events, including the $10,000 2-7 Lowball Championship grew by at least 25 percent. The two most impressive stats come from Events 18 and 20, where the WSOP broke the record for largest single-day $1,500 event and largest single-day $1,000 event in the same weekend.

“[It’s a] fantastic start for us,” Vice President of Caesars Interactive Entertainment Ty Stewart told us. “There’s a lot of bankrolls in action, and poker is alive and well at the 2011 World Series of Poker.”

Stewart is dead on. If an Omaha eight or better event can draw over 900 players, then poker is indeed alive and flourishing at the Rio. Interestingly enough, perhaps Black Friday has had a positive effect on the WSOP rather than a negative one.

“I know a lot of people that [say] if they don’t have a good WSOP, they’re going to move to Costa Rica,” Randall “randallin” Flowers explained. “[The Series] is really going to determine where people go. There isn’t too much consistent poker after the WSOP, this is like a last hurrah.”

Dan O’Brien added to this, saying, “I’d be lying if I said I wasn’t surprised, but if you’re American you kinda have to come play now. There’s no other option. I’m pumped about it though.”

It’s only natural to want to extrapolate forward, and the next litmus test will come in July when the Main Event rolls along. It’s nice to have an uptick in some of these smaller buy-in events, but, like every year, everyone will be focused in on the $10,000 No-Limit Hold’em World Championship.

“I’m optimistic,” Stewart said. “You’re not going to get it [a prediction] from me, but I will take the over 5,000 [entrants], and I will be on record of that, a hundred percent.”

Whether it be because online players are taking their last shot, or more people simply want to play poker, these increases in field size are great for both the WSOP and for the game itself. Hopefully, the next five weeks at the Rio will be just as busy as the first two, and the WSOP will continue to grow going.