Stop angle-shooters in their tracks at the table 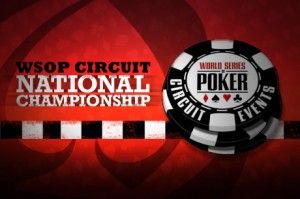 Everywhere you have rules, which means you’ll often find people who try to abuse them, especially in poker. When a great deal of money and prestige are involved bending the rules may occur. In a technical sense angle-shooting isn’t cheating. Angle-shooters don’t break the rules; they simply take every chance they can to bend them to create an unfair advantage for themselves. There’s such a gray area when it comes to angle-shooting, which ruins the atmosphere and spirit of the game. However it still isn’t illegal.

Angle-shooters use many sneaky tactics, especially when deliberately acting out of turn and putting out false information to get a better read on opponents. An angle-shooter will bet out of turn hoping to induce players still to act in front of them to check, and then he’ll check behind and receive a free card. Another ploy is to fake fold before the action gets to him in a false show of weakness, then he’ll raise after a player who bet before him has committed his chips.

Sometimes these players will pick up a large chip stack as if he’s about to bet when it’s his turn, all the while watching opponents and studying their reaction. When it’s his turn to play he pulls back his large stack and he checks.

Here are some other examples:

• The string-raise in poker was made illegal years ago; however underhanded angle-shooters still use it to their advantage. When they do this they receive two advantages; first they study the player’s reactions, and second they intimidate other players into checking and not betting. Angle-shooters make the string-raise knowing the bet won’t be allowed. Thus they gain valuable information on all players behind them who now don’t bet their hand showing an average hand to the angle-shooter. This information is huge on the next betting round.

• In the old days (and sometimes now) a player deliberately miscalled his hand in an effort to get the other player to fold, making the hand dead when it hits the muck. This isn’t as prevalent these days and it’s usually a misread by the player. It most often happens with flushes and straights. Most angle-shooters know this play will only work with a weak dealer and weak players. They will, however, use this play if they feel they can get away with it.
• A player accidentally flashes one or both of his cards to another player to watch his reaction or to induce him to do what the angle-shooter wants.

• In tournament play a short-stacked player will stall when the tournament is on the bubble, hoping to get the other short stacks to bust out first. Sometimes he’ll try to convince the dealer there’s been a misdeal after seeing one or both of their cards.

What makes angle-shooting so frustrating is that it’s so difficult to see or prove by the average player. No player can prove intent; and every angle-shooter will state they made a legitimate mistake through error by another player or dealer. When angle-shooting happens once it may truly be a mistake. However, when it happens over and over again by the same player recognize that this player is an angle-shooter.

They often will try taking chips out of play, a.k.a. Going South, in cash games and tournaments, then reintroducing these chips when they have a big hand.

To prevent an angle-shooter from continuing to use these deceptive practices make your objections clear to the dealer and ask the floor to make a ruling if the dealer is unclear or unsure. It’s your right to protect your money and the integrity of the game.

Our game is so precious that there is no place for angle-shooters who only care about receiving an “unfair advantage” over other players. Please insist dealers and floor personnel be aware there may be a player who is constantly “shooting angles” and creating a prevailing mood or spirit of unrest at the table.

Once the word gets out about an angle-shooter they usually will become much more passive or will move to another location. Please make it your business to let every player know what you suspect is happening and don’t be shy about letting the angle-shooter know you’re wise to him.

— Antonio Pinzari is the host of Poker Wars Live, which airs Mondays from 7-9 PM (ET) on WBZT-AM 1230 Radio from West Palm Beach, FL and streams live at www.pokerwars.info.