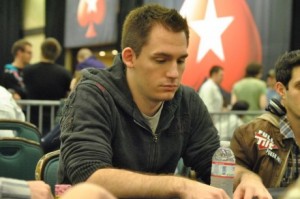 While the big story of the day seemed to be the start of the World Series of Poker and the $25,000 Heads-Up Championship, the poker world was shocked by an announcement so stunning that it is sure to have a massive ripple effect throughout the entire poker community. Late Tuesday night, Phil Ivey, largely regarded as the best poker player in the world, broke his six-week long silence regarding the events of online poker’s Black Friday and the subsequent holding of player funds by Full Tilt Poker.

On his Facebook account, that Wicked Chops Poker has confirmed to be authentic, Ivey informed the poker world that he will not be playing this year’s WSOP, and that he has filed a lawsuit against Tiltware, the software and marketing company for Full Tilt.

“For many years, I have been proud to call myself a poker player. This great sport has taken me to places I only imagined going and I have been blessed with much success. It is therefore with deep regret that I believe I am compelled to release the following statement.

I am deeply disappointed and embarrassed that Full Tilt players have not been paid money they are owed. I am equally embarrassed that as a result many players cannot compete in tournaments and have suffered economic harm.

I am not playing in the World Series of Poker as I do not believe it is fair that I compete when others cannot. I am doing everything I can to seek a solution to the problem as quickly as possible.

My name and reputation have been dragged through the mud, through the inactivity and indecision of others and on behalf of all poker players I refuse to remain silent any longer. I have electronically filed a lawsuit against Tiltware related to the unsettled player accounts. As I am sure the public can imagine, this was not an easy decision for me.

I wholeheartedly refuse to accept non-action as to repayment of players funds and I am angered that people who have supported me throughout my career have been treated so poorly.

I sincerely hope this statement will ignite those capable of resolving the problems into immediate action and would like to clarify that until a solution is reached that cements the security of all players, both US and International, I will, as I have for the last six weeks, dedicate the entirety of my time and efforts to finding a solution for those who have been wronged by the painfully slow process of repayment.”

This is a breaking story that the poker world is still reacting to. As always, PokerNews will be here to bring you all the latest developments as they happen.