The Ultimate Guide to Poker: All Poker Hands Explained 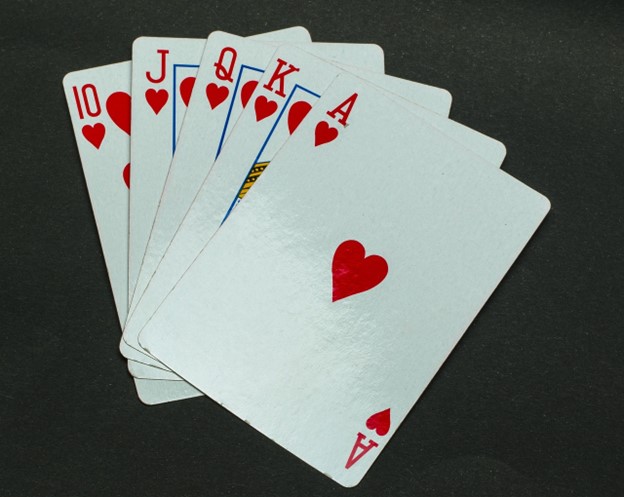 Poker is arguably the most popular card game in the world. There are many different varieties of the game, but broadly speaking, they all follow the same rules regarding the quality of your hand.

You may not be aware of which poker hands are better than others. Luckily, we’ll explain each one in detail. You can use this information to your advantage next time you indulge in a game of poker – either at a land-based casino or online on websites like CafeCasino.

Before we dive into the guide, keep in mind that poker is a strategy game, which means that it demands skill, focus, and perseverance.

There is even some debate amongst ardent poker fans and players that it is not necessarily a casino game due to the level of skill involved. This is because you can enter professional tournaments and make a living as a professional poker player.

This is perhaps a one-dimensional approach to what is one of the oldest and most engaging card games you can find anywhere on the planet.

We will first explain the hands in the simplest terms possible. We are starting from the weakest hand to the strongest.

10. A high card hand is your weakest winning hand. This means you have cards in your hand that range from the highest to the lowest. So, if you have an ace as your highest card and a two as your lowest card, this would be a winning hand if no other player has any other type of hand.

Now we’re entering the territory of high-quality hands. You can begin to rub your hands if you have any of the next few hands, as the chances of anyone having anything better are relatively slim. Of course, don’t rub your hands, as you’ll give the game away!

Of course, you can have the same in the other suits. The only way to get beat in this hand would be if you folded by accident. That’s why it is important to familiarize yourself with the ranking, so you don’t look foolish at the table.

Unless you’re James Bond in Casino Royale, it is unlikely that you’ll come across any type of flush in a competitive game. However, if you do, you have essentially hit the jackpot. That is unless you fold by accident, which we are sure has happened somewhere.

By getting to know the strength of each hand and applying this knowledge to a game of poker, you are giving yourself the best chance of staying at the table longer and potentially making some money.

Plenty of professional poker players have their own strategy when it comes to maximizing potential profits at the table. Some professional games can go on for hours, involving multiple sessions and high levels of strategy.