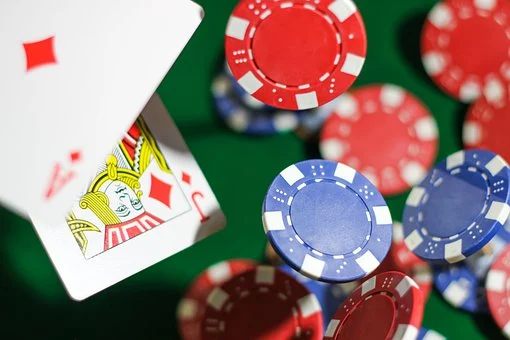 There’s a lot to take in as a beginner or even for some of the more experienced poker players when it comes to playing online, so it’s important to be fully prepared before you start spending real money. Usually a begginer will take advantage of a sign-up bonus through somewhere like money poker sites, they’ll then sign up and feel ready to play, but what comes next?

The poker betting rounds. This article is based on the “Texas Hold’em” version of online poker that features four betting rounds, namely the Pre-flop, Flop, Turn, and River, after which comes the Showdown. However, this only happens if multiple players remain by the end of these rounds.

This is the first round of the game, and it comes after players have gotten two cards each. Here, the player to the left of the Right Blind plays first and has the option to call, raise or fold the previous bet. Play then continues clockwise around the table. There are no community cards involved in this round, and if at the end of this round, only one player is remaining after a bet, the hand is over, and that player wins the pot.

This is the second round of the game, and it begins after three community cards have been set face-up, right in the middle of the table in designated spaces. Normal play then resumes clockwise, and you have the same options as before to call, raise or fold. In addition to these options, you can choose to “check” meaning you do not make a bet. The play proceeds clockwise to the next player and continues until all players who haven’t folded have put in the same amount of money.

The turn is the third round of an online poker game. At this stage, a fourth community card is also placed face-up in the middle of the table with play proceeding as in the previous round and players having the same options as before. This is because all post-flop betting rounds work the same way. Once all the players are done making action and all bets are matched, the round ends. It is also known as the fourth street.

This is the fourth round in the “Texas Hold’em” also known as the fifth street. As this round begins, a fifth and final community card is placed face-up in the middle of the table with the same play as the flop and the turn. This is almost always regarded as the final round of the game as the showdown is usually not considered a standard round in the game of poker.

This is the moment where the players left after the River Round must overturn their cards and display them for all to see. The player with the highest hand wins the game and takes the pot.

At the end of the round, the Dealer, Left Blind, and Right Blind rotate clockwise, and gameplay begins again.

Online poker games allow four opportunities to win money from your opponents. Therefore, you should learn the various online poker rounds before trying this game and its variations. This helps to maximize these chances because any win at poker is a big win!