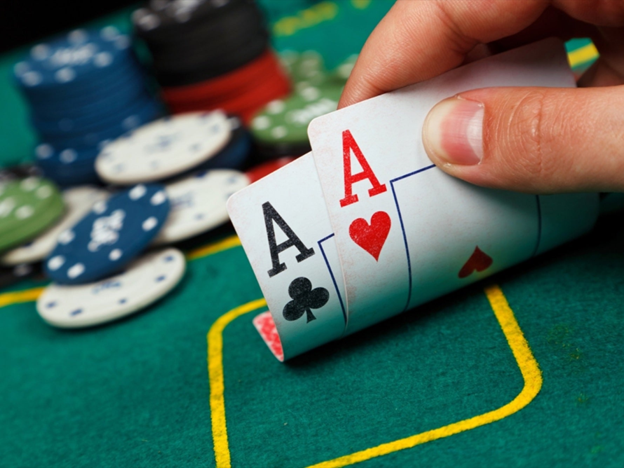 If you’ve been playing poker for long enough, you’ve probably heard that it’s the most difficult way to make an easy, honest living. But it’s even harder doing that while playing in a state where you can’t do so legally or one that doesn’t provide enough options.

If you want to give yourself the best chance to be successful, then you should definitely want to play in states that have lots of casinos and legal cardrooms. It’s not that glamorous playing in underground games all the time, no matter how much the movies make it seem that way. It can’t be easy to keep your money when the possibility of having it seized by local cops is always looming.

In order to have the best experience, you should look to play the game in locations offering the most options, legal ones at that. Nowadays, there are plenty of states with legal poker available but some are better than others.

When it comes to the above, no state can boast as much opportunity as Nevada. You probably can’t turn around without seeing a poker room a few feet away. There are literally hundreds of poker tables in the state and, in that regard, it outshines other states significantly.

The Las Vegas Strip is world-renowned and is the most popular gambling destination on the planet. It hosts several poker rooms, with high-stakes games available around the clock.

Las Vegas is also home to the World Series of Poker tournament that takes place for six weeks in June and July every year. The tourney welcomes thousands of players from all over the world, yet not everyone comes around for the tournament itself as it raises the cash flow everywhere else.

There’s always lots of poker money moving through Las Vegas during the WSOP, from cash games to tournaments. It’s really a poker player’s dream, especially if you’re a pro.

There’s still a lot going on when the World Series of Poker is done. There are plenty of tournaments to take part in while the World Poker Tour makes several stops. At any given time, you could find thousands of tourists flooding the casinos in Las Vegas, Reno, and Lake Tahoe.

As one would expect, there’s also legal online poker in the state in case you want to keep to yourself at certain points. You could catch lots of action at WSOP.com during the World Series of Poker but there’s still a lot to be had when it isn’t going on.

Any way you decide to go, Nevada is the best state to make regular poker winnings. Of course, you’ll have to expect stiff opposition as many pros have moved there to line their own pockets.

Pennsylvania is one of the states that are new to the game. Slot machines became legal over there in 2004 while table games such as poker were legalized six years later. In just three years of casinos being in full operation, Pennsylvania usurped New Jersey as the second-most profitable gambling market in the U.S.

There are many casinos in PA, as well as online portals where you could earn just as much cash. BetMGM casino in Pennsylvania is a must-watch option as far as the latter is concerned. It’s a top-five online operator in the U.S with lots of rewards on offer.

There’s also Parx Casino, which has been the state’s leader in revenue for several years. With an 80-table poker room offering many cash games, daily tournaments, and the famous Big Stax tourney series that takes place five times a year.

Sands Bethlehem is a great Pennsylvania spot too. It hosts major cash games, as well as the DeepStack Extravaganza tournament series. Another, Harrah’s Philadelphia, boasts a room tied to the World Series of Poker and WSOP Main Event satellites.

The Poker Night in America Poker Room in Philadelphia’s SugarHouse Casino has lots on offer in terms of poker action and is linked to the Poker Night In America TV Show, so events are televised pretty often.

The Rivers Casino in Pittsburgh is also affiliated and the city also has the Meadows Casino which has been hosting a Heartland Poker Tour stop since 2017.

There are numerous smaller rooms across the state from which you could make major bank. So there’s really no end of options in the great state of Pennsylvania.