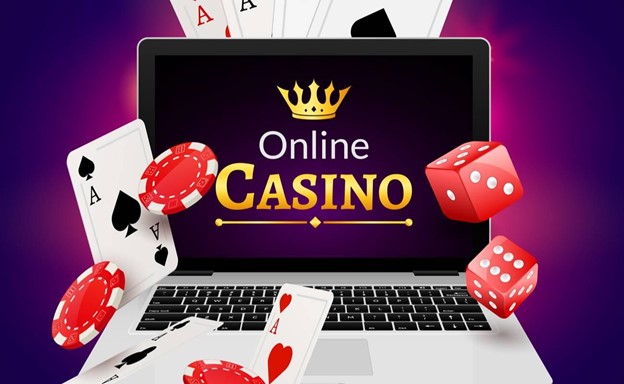 Poker is a card-based casino game in which players gamble their way through a set of cards. Chips are used to place bets, and when the Poker game is over, participants can exchange their chips for cash.

Poker was originally played traditionally in the earliest years of its development, but it has since evolved. Nowadays, the online Poker game has grown in popularity, and players love to play it from the comfort of their own homes.

Every year, technological innovation pushes the limits of what is attainable. Online poker is one of the most competitive industries on the planet. The poker market has become much more competitive as thousands of people have taken up the game. The following are some of the online poker trends you can expect in 2022:

With the ever-evolving smartphone innovations, mobile gaming is only going to get bigger. Apps for poker are more widespread than ever before. When it comes to the best online poker sites, downloadable smartphone apps have lately become all the rage. In 2022, it is commonly projected that they will grow and prosper.

Poker apps have successfully provided poker with a whole new definition. They’re finally giving you the chance to play for real money online against real recreational gamers. You can find the various poker sites that have apps by checking online casino reviews.

Whether we agree or not, money games on sites like PokerStars are frequently dead. We have a plethora of new alternatives thanks to the poker applications. However, it comes with its unique risks.

Poker applications, on the other hand, maybe a smart option in 2022 if you want to shake things up. On these applications, you may get decent, easy-to-beat games within your budget.

A resurgence of Live poker

Live poker has already resumed when the pandemic-related restrictions were lifted. However, when the virus slows down, you can expect it to entirely recover in 2022.

When you hear about live poker making a comeback, you should consider everything from live games to massive tournaments. For example, the European Poker Championship and the World Series of Poker are both bigger and better than they’ve ever been.

COVID difficulties are unlikely to be substantial enough to compel large tournaments to be postponed abruptly in 2022. The 2021 World Series of Poker proved how eager fans were to see the live event again.

Virtual reality is well known for its role in making games more engaging. In 2018, casino site PokerStars launched a virtual reality version of the game. The atmosphere is still being tested, but it is already accessible to the general public when they have VR glasses and devices. The avatars are just portrayed by a head and torso at the moment, therefor they can only linger in the air.

PokerStars has also stated that they do not intend to offer real cash games or tournaments soon. Despite these potential disadvantages, virtual reality poker will pick up steam in 2022.

This is because it restores the social and participatory aspects of poker games that were lost during the pandemic. You’ll be able to analyze your rivals and pick up on visual tells with the PokerStars VR.

More tournaments and poker rooms are now being hosted to satisfy the growing number of online players. Some of the most prestigious poker tournaments, such as the World Series of Poker and the European Poker Tour, have even gone online.

Organizers are planning to hold smoother and larger second rounds of internet tournaments in 2022. This is likely to become one of the default forms in the future. Tournament prize pools have also been reported to be greater than projected due to a large number of participants.

Because of the increase in tournaments, you’ll be able to test your strategies against several expert players. But there’s more to being a professional poker player than having a solid strategy. Instead, it entails giving oneself an honest evaluation of your abilities.

It’s also critical to organize your finances so you don’t become bankrupt. More prospective poker players may be attracted to the growing number of online poker tournaments and larger prize pools.

Cryptocurrencies have been warmly received in the gambling business. In the next years, their prominence in this market is only projected to expand. Cryptocurrencies appeal to thousands of gamblers throughout the world because of their security and anonymity.

Over online poker games, you may effortlessly trade cryptocurrencies. These digital currencies are used to compete in poker tournaments. Cryptocurrency payments are already accepted on a few small poker sites and applications. As time goes by and cryptocurrencies become stronger in 2022, this trend is only predicted to intensify.

The poker industry was never more competitive than it is now, dating back to the early days of internet poker. With the launch of GGPoker, PokerStars was forced to compete. Nowadays, there is a serious competitive climate between the two, with 888poker firing some bullets as well.

In 2022, this battle will only become more intense. More states are likely to authorize online poker, enabling these major players to set up shop.

Expansion of US online poker

In the United States, poker has been legalized for some years now. Nevertheless, there is more news about laws in new states, so it appears that there is reason to be optimistic.

US online poker is set to make a significant comeback in 2022, according to credible sources. This is considered to be the second poker boom you’ve been waiting for years.

The fact that foreign players are unlikely to have the chance to play with Americans is concerning. Whether or not they can play directly, the continued growth of US online poker should benefit everyone involved in the game.

There is never a dull moment in the world of online poker. If you enjoy poker, 2022 is when you should try your hand at the online version.