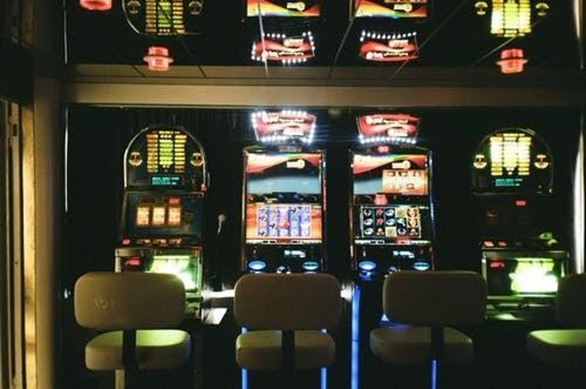 Exactly a year ago, Michigan regulators officially announced that they were just days away from sanctioning legal launch authorization to online gambling and sports betting sites.

Even though many feel that this should’ve been done by December 2019 when the Legislature and Gov. Gretchen Whitmer legalized sports wagering, however, it’s better late than never. The regulators probably needed to go over the existing laws, monitor and license the new online casino platforms.

This was a necessary move because after in-person sports betting in Michigan had to shut down in March 2020 because of the pandemic, the industry suffered severe losses. This also resulted in significant drops in gambling tax revenues for the state of Michigan and the city of Detroit. Thus, legalizing online gambling could help the government compensate for the continued tax losses.

Here’s everything you need to know about legal online gambling in Michigan and how you can get a tax deduction on gambling losses.

Although online gambling in Michigan was legalized as early as December 2019, regulators didn’t have enough time to monitor and set up deals with operators. Unfortunately, the COVID-19 pandemic hit the country in March 2020, and the industry went dark.

Before the pandemic, in-person sports betting amounted to a significant part of Michigan’s state revenue through wagering taxes. But, the lockdown forced the sports betting lounges and casinos to be shut down for almost 4 and a half months at a stretch.

They were soon able to re-open the casinos with limited capacity, but they were closed again during the holiday season between November 18 and December 22. The second wave hit soon after, resulting in big drops in Michigan’s gambling tax revenues for the state, especially the city of Detroit.

Therefore, the state regulators needed a quick solution or an alternative to help cover up for the continued tax losses. This triggered the opening of the online casinos in Michigan, and improved state legislation followed.

Michigan allows anyone above the age of 21 years to partake in online casinos, which regulated and licensed operators run. The online casinos work in partnership with land-based commercial and tribal casinos.

Is Michigan the first state to sanction a regulated gambling industry?

Michigan isn’t the first American state to make such a bold move. Apart from Michigan online gambling, sportsbook sites are legal in five other US states, including Connecticut, Pennsylvania, New Jersey, West Virginia, and Delaware.

However, it should be noted that the framework adopted by Michigan and Detroit is unique compared to the five other states. The Michigan legal framework has gone a step further in integrating commercial and tribal casinos.

Under the state legislative law, only the licensed casinos in Michigan, 24 tribal casinos, and three Detroit casinos are legally allowed to offer users online betting and casino options. Any commercial/tribal casino in Michigan that doesn’t fall under the 24 sites is declared illegal.

How did the people of Michigan react to the launch?

Michigan is one of the only American states with a mature online gaming market, robust fanbases, and a few pro college sports teams. Thus, Michigan residents and operators alike were delighted about the new possibilities that legal online betting and casino games would offer.

In an interview with MLive, Adam Greenblatt, the CEO of BetMGM, said that thousands of users had already pre-registered as soon as they heard the news. It was surprising and daunting at the same time because even a platform like BetMGM hadn’t seen such significant numbers before.

Many fans and spectators, including Richard Kalm, the Michigan Gaming Control Board Director, were enthralled and lauded the massive launch as the new era for online sports gambling.

The Michigan online gambling legislation is being viewed as a win-win-win for all parties. Customers are excited at the new opportunities to gamble safely from home, operators are looking forward to engaging with their customers, and the local community and the state will heavily benefit from the revenue and taxes on wagering.

Which online casinos are legal in Michigan and Detroit?

At first, only 10 casino operators were allowed to launch online by the Michigan Gaming Control Board. Others were asked to hold off for a while and promised that they would be allowed in the coming weeks or as soon as the MGCB completed the vetting process for the first ten platforms.

Here are the eight online casinos available in Michigan as of now:

Why was the legislation such a big deal?

Many have wondered why this legislation was a big deal or how it would impact the community.

Michigan’s dense population size seemed like a prospective market opportunity for the online wagering industry. The state officials and regulators had also predicted that the launch of online casinos would boost revenue and open up new markets that received a blow from the COVID-19 lockdowns.

Therefore, the online gaming industry was expected to open up an avenue for the casinos that suffered substantial losses after in-person gambling was shut. Additionally, launching an online casino industry is of massive significance in Michigan because of the loyal gambling fanbase that already exists.

This allows the regulators to maximize the size of the market and generate millions in tax revenue. The tax payment rate for online gambling contributes anywhere between 20% to 28%. Thus, the profits from the tax collected can be used to propel development in other sectors, for example, the Michigan Agriculture Equine Industry Development Fund.