World Series of Poker 2021: True Earnings & The Large Lump Sums of Cash Made Versus The Tax Man 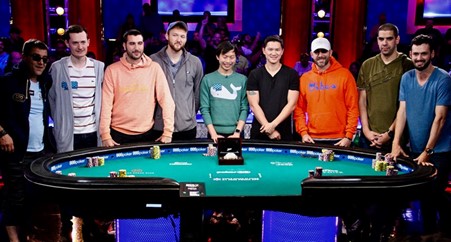 The WSOP (World Series of Poker) season is winding down, but what a year it’s been, especially for the winning players involved in this season’s finals. Watching the high-stake hands often trigger my need for some online poker playing.

And I don’t know about you, but I personally get the urge to buy some chips and search for my next flush whenever I recap the WSOP. Thankfully, sites that offer Sports Betting and Casino games at bookmakersreview.com can supplement my WSOP imitation needs.

With that said, I can’t quite emulate the buckets of cash that the professionals accumulate, and 2021 was no exception for the high rollers who succeeded in taking home lump sums of cash. But how much money did the main event players actually take home from this year’s final table?

Actual Money Made at the WSOP Main Event Final Table

The nine contestants who sat at the WSOP 2021 Main Event table took home a combined $24,125,000 to the all-seeing eye. There’s actually a 10th winner who takes home more than anyone, and he doesn’t play a single hand of poker – the taxman.

In 2019 alone, $12 million were owed in taxes, and as the pot size increases, so does the tax man’s pocket.

This year’s tournament winner Koray Aldemir successfully won $8 million without handing over a cent. The German professional became a resident of Austria to avoid the ridiculous tax deductions. Still, the heads-up match versus 2nd placed George Holmes won’t be so forgiving when looking at his tax statements.

Unfortunately, Holmes, an Atlanta executive banker, will have to share his winnings with Uncle Sam. While Aldemir has all the benefits of a U.S.-Austria Tax Treaty, which makes him exempt from the IRS withholding taxes on income, and Austria doesn’t tax winners of gambling ventures. Interestingly, if Aldemir remained in Germany, he’d have to forfeit 46% of his $8 million paycheck ($3.7 million in tax).

On the opposite end, Holmes is unable to escape the hefty tax deductibles because he lives in the United States. It’s estimated that Holmes will part with $1.8 million or his $4.3 million purse.

As you can see from the results above, Jack Oliver and Jareth East joined Aldemir in avoiding the dreaded tax man. Both men benefited from the U.S. tax treaty as British poker players that aren’t required to pay income tax; in addition to the U.K. exempting gamblers from tax deductions on winnings, they walked away with their profits untouched.

Josh Remitiio earned $2.3 million for his 4th place finish, but a $1,005,000 tax fee is taking close to 40% of his profits, and this doesn’t include money owed to potential backers.

Ozgur Secilmis lives in Turkey, where high earning residents put him in a 40% tax bracket; he’ll owe $700,000 from his $1.8 million earnings for 5th place.

Hye Park will be hit the hardest by residing in the high-tax state of New Jersey. Finishing in 6th place gave Park a $1.4 million return, but he’ll owe 45% of that in taxes.

7th placed Alejandro Lococo is another player subject to a hefty tax fee from his $1,225,000 winnings. The IRS will take an expected 30% of his earnings because no U.S./Argentina tax treaty exists. His alternative careers as a PokerStars Ambassador and rapper could make up for those tax fees. However, he still returns to Argentina with around $800,000 after tax – which isn’t bad considering his lack of experience.

Chase Bianchi took the final placement on the table in 9th; the cash game professional resides in Massachusetts and will owe around $375,000 in taxes from the $1 million earned.

Overall, the nine players will pay a combined $4,955,000 to the IRS, which is considerably lower than the $12 million owed in 2019, mainly because of the players who evade tax reductions entirely.

Either way, the taxman is the true winner during WSOP tournaments. Sitting back and collecting millions from the hard work of others must be bliss without a single poker face insight.