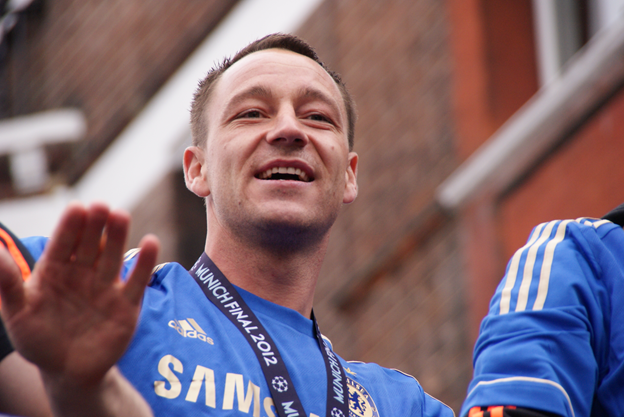 Former Chelsea FC and England Captain John Terry was one of the entrants in Partypoker’s new community-themed knockout event that took place on Thursday.

Terry, who has had a stint as an assistant manager with Premier League club Aston Villa, was joined by Villa legend Gabby Agbonlahor and Leyton Orient’s Kevin Stephens as the football personalities took part in Partypoker’s third Community Knockout competition. The tournament presented a $20,000 but there was an added $1,000 for knocking Terry off the table.

The tournament was open to anyone with access to Partypoker’s international network, however, the bounty prizes are only attainable to members of a community. Partypoker started the community-themed MTT back in June, with the intent to bring poker groups on the site together for monthly games.

Terry represented the Daily Mirror community. The Daily Mirror is a UK publication delivering breaking news on various topics, including sports. Players would have had to be part of said community to be able to win the $1,000 bounty for knocking him out. Agbonlahor played for SPORF while Stephens played as part of the JOE.co.uk community.

Partypoker pro Patrick Leonard was also part of the event, looking to defend his own bounty, as well as his sponsor.

The winner of the tournament was down to make $3,000 and, providing they belonged to a community, there was also the opportunity to win other prizes such as a PlayStation 5, a gaming laptop, an Xbox Series S, and $500 in cash. Players had to take a screenshot of their winning hand, share the image on social media with a tag to their community manager.

MC Poze was crowned the winner at the end of the event but readers don’t have to be any good at poker to win money online, with sites such as oddstrader.com offering opportunities to earn cash by betting on a variety of sporting events.

Terry is one of the most recognizable names in sports and his being added to the event must have brought Partypoker a lot of publicity. The former defender spent 19 years at Chelsea and is one of the players responsible for ushering an era of success after the club was bought by Roman Abramovic.

Terry was also a staple in the England national side for several years, making 78 appearances for the Three Lions. He spent a season playing for Villa before calling curtains on an incredible career. Considered to be one of the best defenders in the world while in his prime, Terry is also thought to be one of the greatest center backs of all time and certainly one of the greatest of his generation, England and the Premier League.

The erstwhile defender was UEFA’s Club Defender of the Year on three occasions and was the PFA Players’ Player of the Year in 2005.

The most successful captain in Chelsea history, Terry is one of just five players to make over 500 appearances for the London-based club. He’s also their highest-scoring defender.

Terry became the first captain to win the FA Cup at the new Wembley Stadium when he led the Blues to a 1-0 win over Manchester United in the 2007 final. The 40-year-old is also the first player to captain five Premier League winning teams.

After leaving Chelsea in 2017, he spent a season with Aston Villa in the Championship and nearly helped them seal promotion to the top flight. He returned to the club after retiring as a player, taking on a job as an assistant coach under Dean Smith. The Villans would return to the Premier League in 2019, which marks Terry’s stint over there as pretty successful. He left the post this July and is reported to be interested in managing Nottingham Forest.

Meanwhile, Partypoker’s Community Knockout events have been organized with keenness on fostering a sense of camaraderie. The company has created an avenue for players to come together, have fun and win prizes. Partypoker has been pushing to make poker more accessible for a few years now.

The platform has become attractive to new players given that HUDs have been banned while they have experimented with real names. That they’ve been bringing in some of the biggest names in sports can only help the brand.