Ever Wondered What Was The Most Popular Poker Tournament? Read First 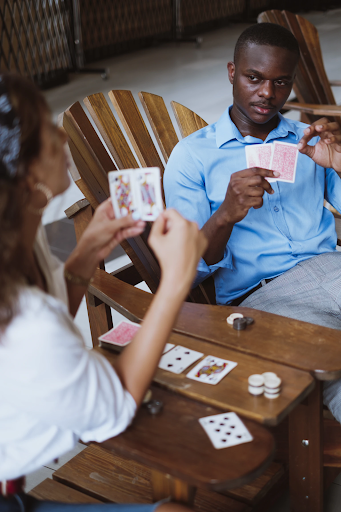 Tournament poker started making inroads in the gambling world in the 1970s, after the launch of the World Series of Poker (WSOP). During this period, Texas Hold’em began to gain prominence among poker players as it was branded WSOP’s title game. The WSOP also made legends out of poker players with the likes of Bobby Baldwin, Doyle Brunson, and Puggy Pearson becoming world-renowned celebrities. Still, it also paved the way for other professional poker tournament series like the World Poker Tour (WPT) followed by the European Poker Tour (EPT).

At the turn of the 21st century, however, the development of the hole-card camera and regularly televised poker tournaments opened doors to even a larger audience. And while at it, it also led to the expansion of online poker, as well as the rise of the greatest poker players, including Chris Moneymaker, who won the 2003 World Series of Poker (WSOP).  In 2011, poker was officially recognized as a mind game after the International Federation of Poker was formed in Switzerland.

Poker in the 21st Century

As the 21st century has continued to progress, so has the popularity of poker and its peripheral tournaments. The popularity of this game of skills has grown to the extent that hundreds of permeating into the online casino world now offering the game. Likewise, several reputable specialized poker platforms enable players to install secure poker clients on their PCs, register and put their skills to the test by participating in various online poker tournaments.

A game that was once associated with the outlaws in the Wild West, is now one of the most popular games in modern culture, with some of the tournaments breaking world records.

You can visit nodepositz to find the best online poker casinos.

2015 WSOP: The Most Popular Poker Tournament of the 21st Century

When The World Series of Poker Colossus event was announced in December 2014, there was pessimism from poker players as to whether the organizers could pull off at least 10,000 entries to meet the $5 million guaranteed prize pool, within four flights over two days.

And although there were slight delays in the payout line and some players complaining about the first-place payout percentage, the 2015 tournament ran smoothly and set numerous poker records. For starters, the Colossus event got 22,374 entries, which resulted in a prize pool of more than $11 million. After five exhausting days, Cord Garcia emerged the winner and took home $638,880, plus the coveted WSOP bracelet. With the unprecedented success of the 2015 tournament, WSOP announced Colossus II, with the tournament continuing up to date.

One player almost received the freeroll of his life after accidentally receiving a seat at the $25,000 buy-in table although he’d paid for the $125 event. And although he had managed to eliminate a few players, the “discounted entrant” was discovered after a few hours and escorted out of the tournament area. The eliminated players were compensated by Aria between $3,000 & $5,000 for their troubles.

Although other major poker events are halted during the WSOP, the Aria did not budge and went ahead to host the Super High Roller Bowl featuring a $500,000 buy-in. The event was held before the WSOP main event, and the organizers partnered with Poker Central, which televised the event.

The Summer Super High Roller tournament attracted a total of 43 entries, which created a prize pool of more than $20 million, with more than $7 million going to the event’s winner.

The culmination of all these events is the reason why the 2015 WSOP tournament has been dubbed as the most popular poker event in the 21st century.