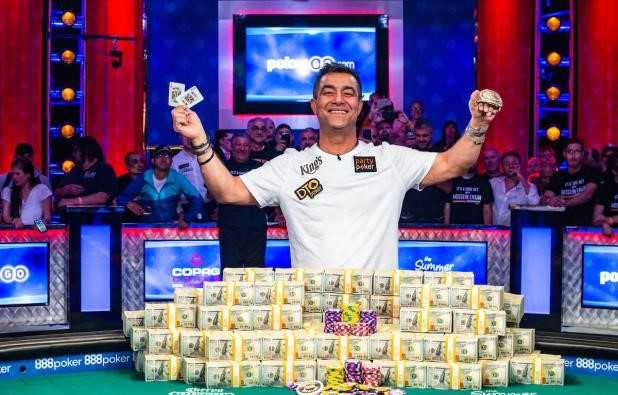 Nobody likes losing money playing poker. It’s one of those games where you want to get better quickly, but the advice can be overwhelming.

Adapting your game, following even the most widely accepted strategy advice, is all well and good, but for many doing so in a real-money environment can be too costly.

Not all strategies work the same for everyone; one kink in your game might have a negative effect on a strategy that works well for someone else.

So, instead of getting out of your comfort zone and trying out new strategies in a real cash game or poker tournament environment, something that will hit your bankroll until you get it right, consider trying out new things in play money games.

Don’t believe all you hear about play money games being unrealistic, because players are too loose with nothing to lose. Some dedicated play money sites like Replay Poker have players of a good standard. Many are U.S. based, keen to keep up their poker playing experience while waiting for online poker to be legalized once more in their state. 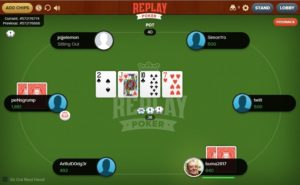 At these sites, you can make a real effort to see how adapting your game can make a significant difference to your win rate – all without risking a cent.

Here are just some of the changes you can make to your game.

One of the biggest mistakes novice poker players make is playing too many hands. The temptation to dip into pots is too much, and they end up playing with marginal or even bad starting hands, just to see if they can catch something on the flop.

The problem is, of course, that this slowly bleeds their stack – and costs them a lot more if they stick around in large pots because they have connected in some marginal way with the board.

While there is no strict advice as to how many hands to play – after all, it does rather depend on the opponents you’re up against and the size of the relative stacks – playing more than 25 percent of your hands might be too high.

Around that mark, and you will be playing with better starting hands, giving you more of a chance of winning pots, avoiding disasters and winning a poker tournament. Using play money, try playing tighter than you would normally do to see how that can positively impact your game. Just for fun, play really loose as well, to confirm this is not the way to go.

Tied in with this is to be more aggressive with your game. When you want to play pre-flop, make sure it’s with an open raise – or three-bet in position if you’re already facing a raise.

New players are often scared of raising, and three-betting is increasingly rarer as you drop down the stakes. Try it out for free and watch how many times your three-bets get through. You’ll pick up chips there and then with others folding. But if you do get called, you know you have a strong hand and, if you three-bet in late position, you have a good chance of forcing your opponent out of the pot even if you miss.

To be successful at cash games and in tournaments, you need to accumulate chips to make up for the number of blinds you must pay each round. Other than winning traditional pots, the other way to do this is to steal the blinds.

When you’re in late position on the table, try open-raising with a much wider range of starting hands. You only need to get it through a few players to win the blinds. Make sure this is included in your target of 25 percent of hands to play. Other players will notice you play relatively tight, so assume you have a decent hand when you do open with a raise – even if they “suspect” you’re stealing the blinds.

Try this out at a play money site. Take note of how many times your blind steals get through. Occasionally you will need to fold if the small or the big blind re-raises you. But you’ll notice the amount you win outweighs the losses from folding.

Other concepts to try

Using a play money poker site offers the opportunity of trying out other basic strategies to see how they affect your game. See how check-raising works out for you; understand how making continuation bets can benefit you; mix-up your opening raise bet size to see how it influences the rest of the table.

With some stats under your belt, you’ll be confident enough to take your new skills to a real money table – and improve your win rate as a result.