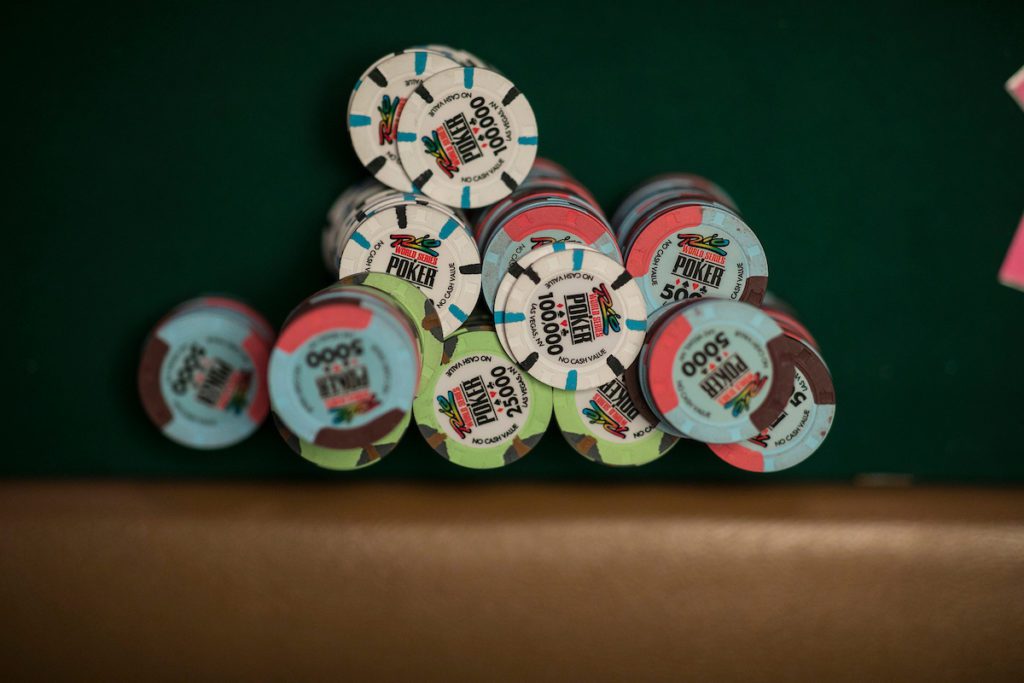 The World Series of Poker championship event schedule (events consisting of buy-ins of $10,000) has been finalized for 2020, set to run ‪from‬ ‪May 26 to July 15, 2020‬ at the Rio All-Suite Hotel & Casino in Las Vegas, with the first $10,000 event to be contested ‪June 3‬ and the last one scheduled one month later ‪on July 3‬ – the WSOP Main Event.

Part of what makes the World Series of Poker special and unique is its long-standing tradition of offering all variants of poker.  As the modern-day World Series of Poker continues to evolve and grow, it gives the WSOP the opportunity to better cater offerings to a distinct group of participants.

At the 2020 World Series of Poker, 16 different tournaments will be spread at the $10,000 buy-in level, featuring unique formats encompassing 24 different game types.  This poker smorgasbord establishes the annual champion of each discipline, recognizing their skills and mastery in the same manner martial arts does in the athletic realm.

Along with the $10,000 events, the $50,000 Poker Players Championship has been set, scheduled for ‪Monday, June 22‬ where poker’s best all-around player will be crowned.  The 5-day, 6-handed event with 100-minute levels has a tweak for 2020 – the addition of No-Limit 2-7 Lowball Draw – to the mix of games spread, bringing the total variants offered inside this event to nine.

A list of all the Championship events scheduled for the 2020 World Series of Poker:

“The Championship Events are always among the most special offered at the WSOP each year,” said WSOP Vice President Jack Effel.  “We are proud to be the only tournament series who spreads such an offering and have worked with some of the games most distinguished players this off-season to ensure our schedule and the events themselves align well with where poker is in 2020.”

The above list of events features 16 new events that hadn’t previously been announced (the WSOP Main Event dates were).  A new event for 2020 is the $10,000 buy-in ‪WSOP.com‬ Online No-Limit Hold’em, the first-ever online gold bracelet event offered at this buy-in level.  It is scheduled for ‪Thursday, July 2‬ at a special 12 noon PT start time.

Of the 17 events announced today, 15 will utilize the freezeout format, allowing only one entry per player.  Only two events, the Short Deck and the No-Limit 2-7 Lowball Draw will allow players one extra entry if they are eliminated during the open registration period.

Also new in 2020, the Championship events will have a dedicated leaderboard, similar to the WSOP Player of the Year race.  Any player cashing in these events will earn points throughout the summer with prizes up for grabs for the winner.  Expect more information to be announced soon.
All the events announced today will also be part of a new leaderboard the WSOP has planned for 2020.  More details about leaderboards will be announced closer to the WSOP, but this specific subset of 17 events will feature a point-tracking leaderboard throughout the summer where a winner will be crowned and prizes up for grabs.

Buy-ins for tournaments at the Rio in 2020 will start as low as $75.  Single table satellites and all your favorite live poker games: low, medium and high limit will begin ‪on‬ ‪May 26‬ and run 24 hours a day throughout the seven-week series taking place in the spacious Rio Convention Center for the 16th consecutive year.

Room reservations are being accepted across Caesars’ Las Vegas properties with rates as low as $33 for existing Caesars Rewards members by using the booking code WSOP20.  Visit Las Vegas – WSOP to make your room reservations for the 2020 WSOP.

Individual event online pre-registration won’t open until March/April, after all events have been determined and approved by regulators.  More than 500 poker tables will be set up across nearly 200,000 square-feet of ballroom space to accommodate the thousands of players from around the world who attend poker’s annual Woodstock.

WSOP.com’s real-money online poker offerings in New Jersey and Nevada will be the exclusive online home for players in these states to win seats into WSOP events, including the Main Event, as well as to participate in the exclusive online WSOP official gold bracelet events.  While in New Jersey or Nevada, eligible players can play on ‪WSOP.com‬, whether a resident or not. Satellites have begun and are expected to run regularly throughout the WSOP.  888Poker remains ‪WSOP.com‬’s international online poker partner in most jurisdictions, with plenty of satellite qualifications planned to award seats to the WSOP in Las Vegas.

The full event-by-event schedule is expected to be released in the coming months.  All above announced dates, times and events are subject to change.