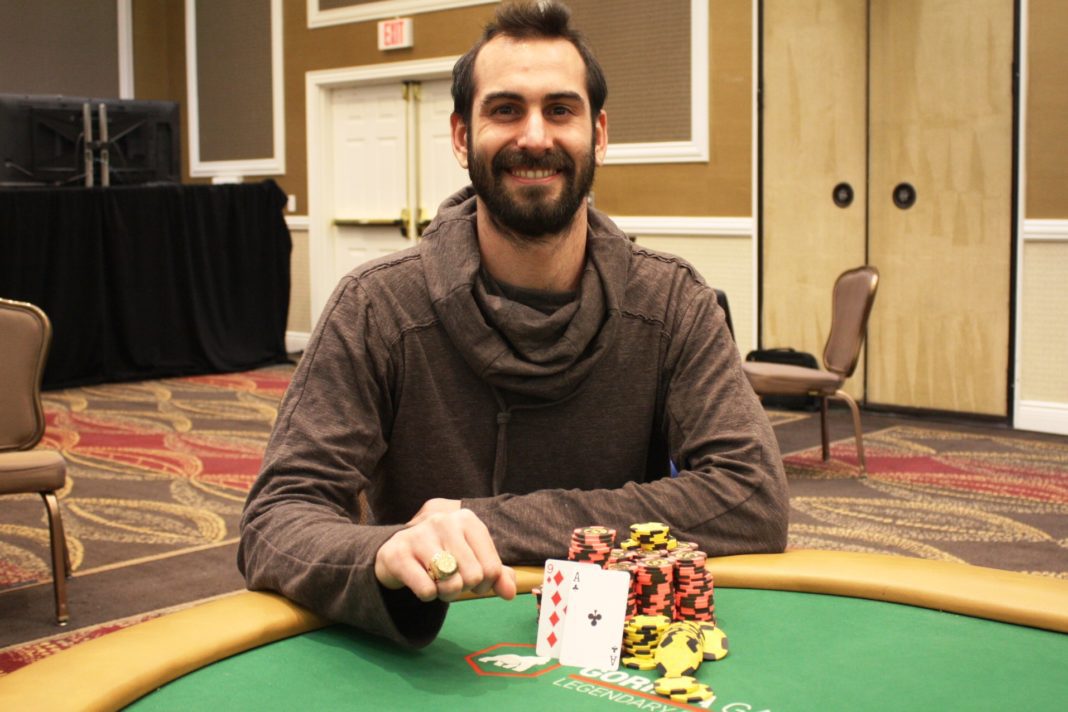 Scoring the biggest payday of the series was Anthony Spinella. Spinella defeated a 665-player field in the series’ $1,700 Main Event to earn $192,199 and his second WSOP Circuit ring. In addition, Spinella scored a free entry to the 2020 Global Casino Championship.

Spinella’s previous Circuit ring was in an online event. He also has a WSOP bracelet, also in an online event. In fact, it was the historic first-ever online bracelet event in 2015. Today’s win marks his first win in a WSOP or Circuit event in a live tournament. “It feels really good,” he said of the live win. “I’ve been waiting awhile.” Getting the big win right before Christmas is an added bonus. “[My son’s] getting a new dinosaur,” he said with a smile after the event.

Joining Spinella at the 2020 Global Casino Championship will be Harrah’s Las Vegas Casino Champion will Mark Liedtke. Liedtke had a dominant series and got started right away with a runner-up finish in the opening event. He followed that up with a cash in Event #3 and then his first career WSOP Circuit ring victory in Event #4: $400 No-Limit Hold’em Monster Stack for $17,309. After that, Liedtke added two more cashes to his series total, including finishing in 19th place in the Main Event, to lock down the Harrah’s Las Vegas Casino Championship honors. He finished the series with five cashes and $36,189 in tournament earnings.

The final weekend of the series saw roommates and Solve for Why Academy coworkers Corey Paggeot and Conrad Simpson both win their first Circuit rings within 24 hours of each other. First, Paggeot defeated a 192-player field in Event #12: $400 No-Limit Hold’em Double Stack for $15,447. About 16 hours later Conrad Simpson put the finishing touches on his first WSOP Circuit ring victory for winning Event #13: $400 No-Limit Hold’em/Pot-Limit Omaha Mix for $8,978.

The final WSOP event of 2019 was Event #14: $250 No-Limit Hold’em Turbo. This quick one day event drew 130 entries and was won by Rene Lazaro for $7,042 and his first WSOP Circuit ring. The World Series of Poker is now off for the remainder of the year. Action picks back up on January 2, 2020 with the start of a 12-day Circuit series at Choctaw Durant. The opening weekend features a $100,000 guaranteed event with just a $250 buy-in.