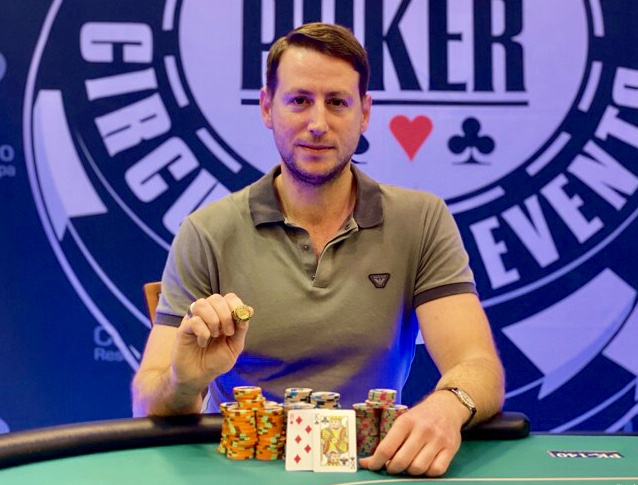 The World Series of Poker Circuit stop at IP Biloxi for the 2019/2020 season came to an end on Monday evening. Over the course of 12 days, there was a total of 13 official WSOP rings events. All the events combined attracted 2,538 entrants creating a total prize pool of $1,178,239.

The highlight of the first weekend was the multi-flight event, Event #2: $400 No-Limit Hold’em (4 Flights). This event attracted 665 players creating a prize pool of $219,449. When all was said and done, and after a heads-up battle that lasted over six hours, it is Yousef Saleh who claimed the title, as well as his first Circuit ring and the top prize of $34,004. Saleh had set a goal for himself to improve his game and his multiple deep runs throughout the year were proof of his hard work. He also had already secured an eight-place finish this series in Event #1: 400 No-Limit Hold’em Double Stack, so his two scores put him in the early lead of the Casino Champion race.

Some other players to join the winner circle for the first time were Charles Brady and Russell Boyette.

Brady took down Event#3: $250 No-Limit Hold’em (1 Day) in his first ever recorded tournament cash after outlasting 147 competitors. Brady was down to one chip left a couple of times during the tournament, but he managed to prove that the old poker adage of “a chip and a chair” is true, collecting $7,791 and his first gold ring.

As for Boyette, he claimed the title of Event #4: $400 No-Limit Hold’em (1 Day). Right after getting 14th in Event #2 for $2,826, his first ever WSOP cash, Boyette didn’t waste time and decided to take a shot at Event #4. A few hours later, he found himself going home with a title, a Circuit ring and an extra $8,815 for the day. A few days later, he made the final table of Event #7: $400 No-Limit Hold’em 8-Handed and ended up getting third. He took over Yousef Saleh’s top spot in the Casino Champion race and remained at the top until the final two days of the series.

Bracelet winner Robert Cheung also achieved success in his first visit to Biloxi, adding a third Circuit ring to his already stacked resume. He emerged victorious in Event #5: $400 No-Limit Hold’em Six-Handed (1 Day) after besting a field of 107 players for $9,921.

Another bracelet winner to infiltrate the limelight was Corey Harrison. After getting extremely close to grabbing his first Circuit ring at multiple occasions, Harrison finally got his breakthrough this series in Event #9: $600 No-Limit Hold’em, collecting his first Circuit ring and $20,027. He defeated newly crowned winner Charles Brady heads-up to win the title. Brady who had claimed his first ring in his first ever recorded cash after winning Event #3, was going for a second ring to mark his second recorded cash but fell one spot short.

Singh also managed to capture more gold at this stop. Just a few weeks after winning her first official Circuit ring at the WSOP Circuit Choctaw Durant, she took down the final event of the IP Biloxi series for $14,902 and more importantly, her second official ring. Singh, who had also won an unofficial ring in 2017 after winning the Ladies Event of the Seminole Hard Rock Hollywood Circuit stop, now has a total of three trophy rings.

Kasabov was in good shape to win a Circuit title many times prior to his victory. In fact, he had appeared at thirteen Circuit final tables, including a runner-up finish in Event #7: $400 No-Limit Hold’em 8-Handed (1 Day) of this stop.
Heading into the final day, he was the only player out of the final five with no Circuit title, and although he started Day 3 as the shortest stack, he managed to bounce back and defeat WSOP Circuit champions to close it out, and claim a ring for himself. Kasabov also earned himself a seat into the 2020 Global Casino Championship with his Main Event Victory.

Concerning the second awarded seat, although Russell Boyette was leading the Casino Champion race for most of the stop, BJ McBrayer was closely trailing him all the way. McBrayer already had four cashes including three final tables, and on the last Sunday of the series, he added two deep runs to his resume, a 13th place finish in the Main Event and a 8th place finish in the last event of the series to surpass Boyette and win the Casino Champion title with a total of six cashes including four final tables worth 120 points.