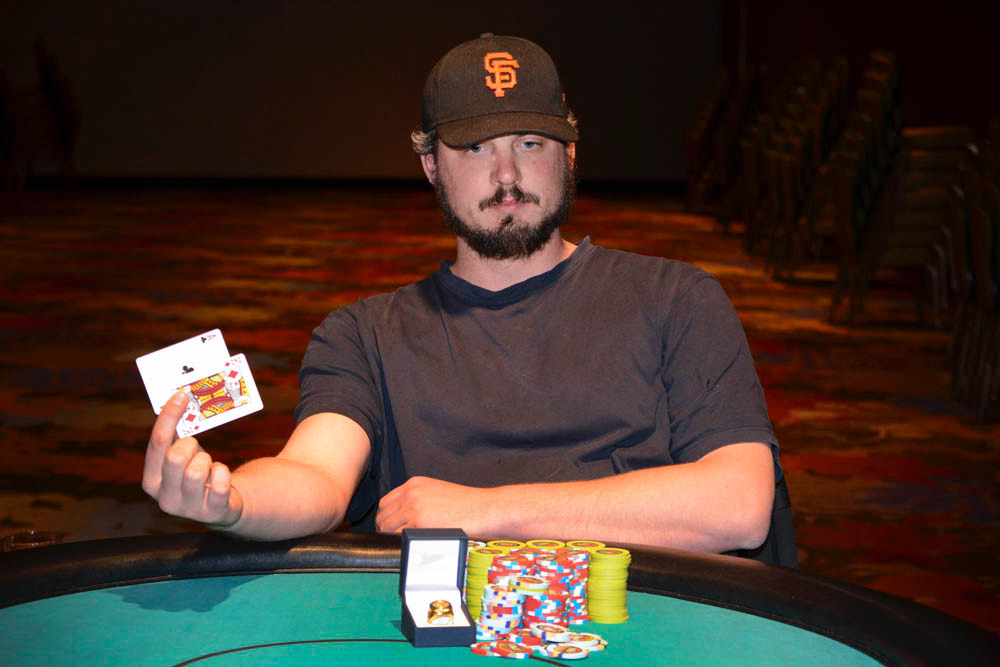 The World Series of Poker Circuit’s $1,700 main event at Harveys Lake Tahoe in Nevada had 424 entries for a prize pool of $642,360 as 32-year-old Michael Pearson took the title.

He earned $133,285 for his second WSOPC ring and denied Jeremy Kottler his second in the process.

Coming into Day 3, Pearson sat seventh of 10 players, but that was after coming back from being down to four big blinds on Day 2. When asked about the overall feel of the final table, Pearson was surprised at the pace of play and acknowledged the caliber of the remaining field.

“It was tough. I did not like my seat draw at all. I just tried to be patient. Chips moved surprisingly fast at the beginning of the day.”

Kottler pocketed $82,379 for his deep run after a dominating final-table performance. Charles Coultas was third ($59,824).

ATLANTIS CASINO RESORT SPA: The daily $20 tournament ‪begins at 11 a.m.‬ with $15 rebuys and $10 add-ons. You can pick up a structure and payout sheet at the poker room. — Philip Chow