How Do Poker Players Maintain Calm in Stressful Situations? 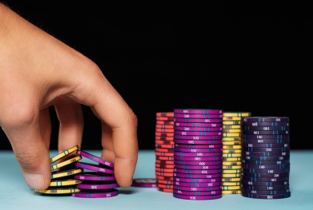 Of all of the card games around the world – gambling-oriented or otherwise – poker is the one that’s most famous for its ties with the psychological side of the game. Because of the structure of the game, the need to trick or lure others playing the game, and the inherent lack of knowledge that any player has at any one time, a lot of poker comes down to one’s mindset. This has, of course, given rise to the famous “poker face,” which means that you can keep a straight face regardless of the situation.

The need for a poker face expands beyond the realms of the card game, with the state of mind even being required in some business situations, as shown by Forbes. In the game itself, it is a crucial weapon that can mask potential success or impending doom. As neither player is certain of what their opponents have, they need to maintain a poker face while working out if they have the upper hand or not and then trying to win regardless of the likelihood of each outcome. To achieve this state of calm throughout all of the stressful situations that emerge during a game of poker, top-class players practice the art of the poker face as well as refine their information processing ability.

Information processing and the poker face

While a lot of a single round of poker is shrouded in mystery, there are two extremes that allow for near-certain confirmation of the outcome of a round, which, in turn, are the most stressful.

When a player has a bad hand, and the three cards first revealed on the table don’t create a potentially winning hand or even get the player close, it will dawn on them that they will likely lose the round. However, they may wish to pursue the play, hoping for some luck on a later reveal or thinking that no one else has anything of value, and so, they must remain calm so as not to raise suspicion while also being calculated their approach of giving the perception that they are on top.

Equally so, if a player is dealt a hand which then turns out to be a certainty to win, such as that of a royal flush, they must also stay calm and collected to make the most of the opportunity. Knowing that the odds of being dealt a royal flush in a seven-card game are so long that most players are statistically unlikely to get one in their lifetime, according to Lottoland, if it does occur, the player must not get overzealous in the thought of winning – which in turn can be stressful to maintain and use to their advantage.

A lot of the calm that professional poker players boast in such stressful situations comes from experience and knowing the odds of their hand being the best at the table. Stress is largely formed from the unknown, so being able to calculate where you stand to rationally forecast an outcome and the appropriate strategy to come out on top is necessary to keeping a clear mind and remaining calm. To aid in this pursuit, they use others’ inability to keep a poker face or their behavioral habits against them, processing information about opponents’ probabilistic cues from patterns of betting and ‘tells,’ as shown by Psychology Today.

The state of calm and poker faces displayed by professional players comes from years of experience and study which enables them to enter into a state of mind of information processing. Meanwhile, the act of appearing neutral while their minds work will set in, making it easier and more habitual with each passing hand.