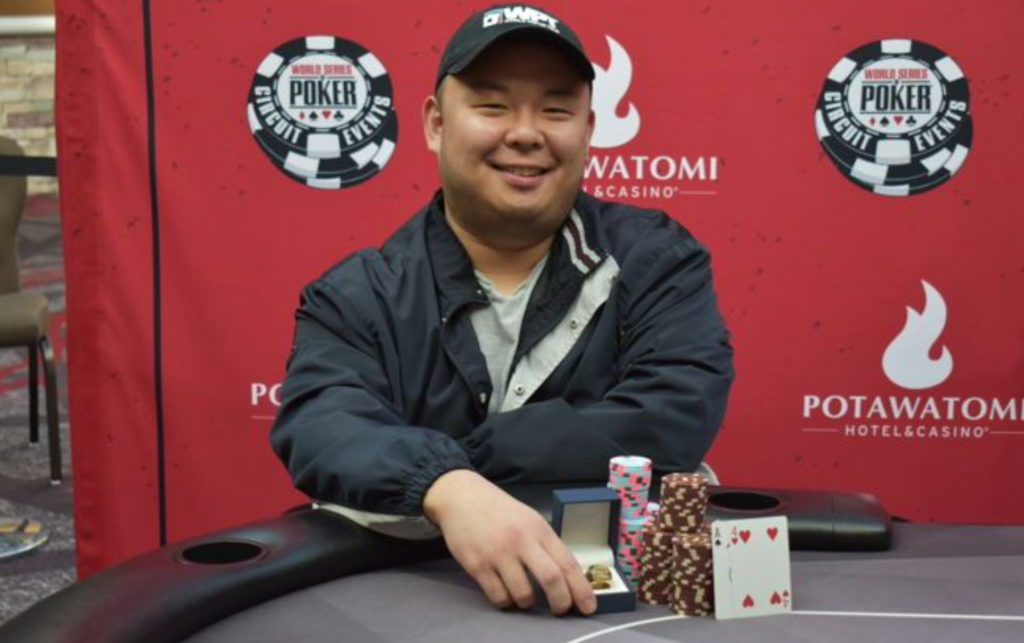 For the second time this year, the World Series of Poker Circuit stopped at the Potawatomi Hotel & Casino, marking its fourth visit to Milwaukee since its inaugural in 2017. This series held $1M in guarantees and drew nearly 3,800 entries.

Kicking things off was a doublestack event. Out of the 256-player field, Nicholas Pupillo took down Event 1, claiming his third WSOP gold ring and $19,413.

A new face to the circuit, Jacob Rich was born in Plymouth, Wis., took some time away from his business to grind out and wasted no time in making some noise. His first he played in was Event 2: $400 no-limit hold’em.

The four-day event reeled in a combined 921 entries between four starting flights. In the end, Rich took home a sizeable payday of $52,680.

Event 3 ($600 NLHE) saw two of the final three players who would battle it out for casino champion hit the leaderboard with Nikolas Stone and Craig Trost. Stone was eliminated in 12th place just putting him on the map but Trost climbed near the top after his 1st-place finish awarding $14,834 along with his second gold ring.

There were other players making splashes, but none was bigger than Josh Reichard making history. As Thorne, Trost, and Stone were climbing ranks on the leaderboard, Reichard came right into the mix after he captured his 12th ring in Event 9 ($400 NLHE), which marked his fourth consecutive ring at Potawatomi since its inaugural stop.

But when the dust finally settled, Thorne appeared at four final tables and cashed seven times for $20,057 and 112.5 points. Attached to the honors of Casino Champ is an automatic bid to the 2020 Global Casino Championship, effectively a $10,000 seat.

The other player securing a seat at the series was the main-event champ, Richard Bai. Bai topped a 447-entry field to capture the title, winning $138,317 along with his second WSOPC ring.